Kenya Allison was recently appointed Battalion Commanding Officer for the UNC Naval ROTC, making her the first black woman to attain the position.

Kenya Allison is a self-proclaimed military brat — military life is all she has known.

Growing up, Allison lived all over the world. She watched her father hold leadership positions in the Navy.

As her mother went through health struggles, the military helped Allison’s family afford her health care. Allison said this inspired her to one day join the military.

“In a way, I always knew I wanted to go into the military,” Allison said. “I’ve seen how much they’ve given me, and I wanted to give back in a way.”

Allison, now a senior at UNC, have always admired past occupants of that position and is optimistic about fulfilling her role.

The Battalion Commanding Officer is the highest student leadership position within the Naval Reserve Officers Training Corps at UNC. Allison is the only Black woman to hold this position in the program’s 80-year history.

“To be able to fulfill that role or to at least have people believe that I could fill that role, it meant a lot to me,” Allison said. “I’ve always admired the people who have held this position prior to, and it seems a little surreal that I am also able to hold that position.”

Her job is to set goals for the battalion this semester and act as a liaison between the students in the battalion and the active-duty officers. She leads the 38 midshipmen in UNC’s NROTC program.

While in this position Allison hopes to get students excited about the program, help others foster connections within NROTC and develop future leaders.

“I had my own outlook on the semester that I wanted to accomplish,” Allison said. “It’s the best role to put those initiatives forward.”

Sophia Sherman, a junior at UNC and the operations officer for NROTC, said she met Allison her first year at UNC. She remembers Allison’s friendliness and mentorship toward first-year students. Sherman said she sees how Allison carries these same traits as the Battalion Commanding Officer.

“She’s very quick to reach a hand down and help with things that would typically be below her billet,” Sherman said. “She’s happy to do so.”

Sherman said she is excited to see Allison take on this new leadership role. She said she thinks Allison’s bubbly personality and fresh ideas will help boost morale within NROTC as the program transitions back into in-person training after going mostly remote last semester.

Inspired by her older sister’s journey through her college’s ROTC program, Allison joined NROTC at UNC her first-year in the hopes of following in her father and sister’s footsteps. She graduated from high school a year early, unsure of her next steps. Without time to apply for scholarships and financial aid for college, joining an ROTC program seemed like the best fit.

Captain Shannon Stanich, the marine officer instructor for NROTC at UNC, said based on her personal experiences with Allison that one of her greatest strengths is her positivity.

“She’s a positive person and she’s good at bringing everybody together,” Stanich said. “She has good ideas and then she is not afraid to make hard decisions, which is important as a battalion commander.”

Stanich said she has only started observing Allison this semester, but in the short time she has known Allison, she is already impressed by her leadership skills and dedication to NROTC.

Sherman said she believes that it is important to have more representation, especially in a white-dominated profession, to show that anyone, regardless of race, can be capable of doing anything.

Although Allison said she agrees her selection as the Battalion Commanding Officer is historic, she does not want her race to define her legacy.

“I don’t really think about the fact that I am the first Black female because, one, I’m there to represent every single person in the battalion,” Allison said.

Allison said she hopes to see more diversity in the program’s future.

“I think that our nation is so diverse and that I would really, really love to see the leadership positions start to reflect that,” Allison said. “Representation is just so important.”

Allison said she is excited to see more minority and women representation in leadership positions in the military. Her selection as Battalion Commanding Officer came only a few months after Lt. j.g. Madeline Swegle became the U.S. Navy’s first Black female tactical jet aviator, according to the U.S. Department of Defense.

“We are starting to surpass those ‘firsts,’ and so I am hoping that we could keep that trend of like, ‘Alright, now we’ve had this person who’s done it, now we can have more that do it.’”

After graduation, Allison said she plans to commission to be a naval aviator.

She said she hopes to be remembered as an approachable leader that worked to push the program forward. 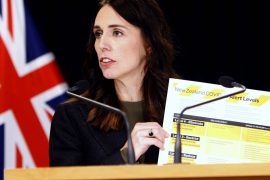 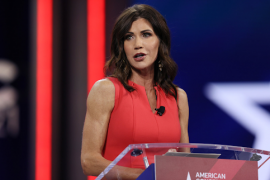 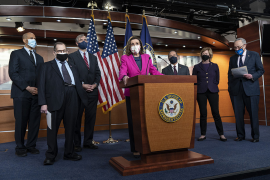