The Mayor of London Sadiq Khan has announced a £1.5 million emergency fund to provide victims of domestic abuse accommodation and support throughout the lockdown.

The funding follows a previous £59 million investment by the mayor to tackle violence against women and children.

Throughout the Covid-19 pandemic, the mayor has already helped to secure a safe place to stay for 82 victims across the capital that needed to flee their homes during the lockdown.

“Never has the need for safe accommodation been greater and we are relieved that yet again the Mayor of London has stepped up and delivered this ground-breaking model of support.”

This could be those experiencing violent or controlling behaviour, forced marriage or being physically threatened by their child.

Houses, flats and hostels have provided those in need a place to self-isolate, seek mental health support and legal and social care.

From this week, they have also been given food and medical supplies if needed.

Lockdown measures were introduced in the UK on March 23, and there has been a 25% increase in calls to the National Domestic Abuse helpline since then.

The capital has seen domestic abuse-related incidents increase by 9% compared to the same time last year, in which the Metropolitan Police recorded 17, 275 incidents between March 9 and April 19.

Khan wrote to the government at the start of the lockdown to highlight his concerns that the measures could bring a rise in domestic abuse.

He called for urgent action to ensure additional support and services were available for victims during this time.

Speaking about the new-announced investment, he said: “During this pandemic, for those feeling unsafe or experiencing violence, home is not a safe place.

“It is vital that those who are scared and face the prospect of self-isolating with someone who is violent, threatening or controlling have urgent access to safe and secure accommodation.”

Charities and organisations have welcomed the investment claiming there has never been a greater need for safe accommodation for victims than now.

Solace Women’s Aid said: “We are really concerned about women living in isolation with their abusers and the challenges they face keeping themselves and their children safe.

“Never has the need for safe accommodation been greater and we are relieved that yet again the Mayor of London has stepped up and delivered this ground-breaking model of support at a time of crisis for women and children in London.”

The Metropolitan Police has reiterated its support of victims of abuse insisting it is “absolutely still here for Londoners” urging those being victimized call 999. 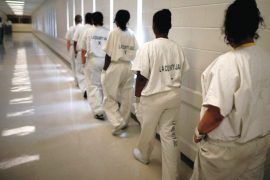 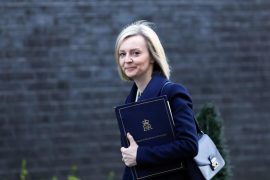 UK equality minister says no to gender-change surgery for minors