University of Hong Kong scientists have discovered an antibody that could treat gut inflammation in HIV patients – a common condition for sufferers that can prove fatal.

By blocking the pathway that leads to acute gut inflammation, the antibody can also delay the virus from weakening the immune system and prevent sufferers from contracting Aids.

But HKU researchers said the treatment, which has so far only been tested on mice, would require further study before being used on HIV-infected patients.

Hong Kong could see 35 per cent surge in HIV cases by 2021, report says

“This study solves the mystery of an inflammatory mechanism during the acute HIV infection,” said Professor Chen Zhiwei, director of the Aids Institute and microbiology professor at HKU.

“It also anticipates developing the antibody as a new immunotherapy to fight against Aids and other inflammation-related diseases.”

The findings were recently published in the international journal Nature Microbiology.

HKU microbiologist Dr. Allen Cheung Ka-loon explained that the team had made a breakthrough discovery on identifying a molecule that likely accounts for acute gut inflammation in HIV-infected patients.

By understanding the immune pathway, the team generated an antibody that blocks the function of the molecule and reduces HIV load in the gut.

Cheung explained the antibody has been tested on 15 mice injected with human cells and has proven that it can markedly reduce the inflammation in their small intestines.

The inflammation usually fuels the HIV infection in the gut and stops patients from being treated by antiviral therapy, and leads to mucosal damage of the body.

“We believe this pathway is important for other inflammatory diseases not limited to HIV, and hope to develop the antibody as a new immunotherapy to benefit patients quickly,” Chen said.

There were around 8,612 HIV patients in Hong Kong as of March this year, and of them, more than 80 per cent were men, infected through sexual contact.

The research team hopes to further extend their studies to other associated inflammatory diseases, such as influenza infection, colitis, and cancer. 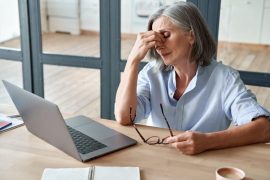 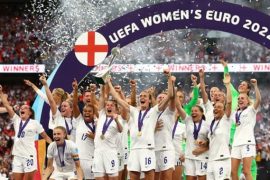 These Women Brought Unity to A Divided Country