A news anchor on a state-run TV station in Guyana who said she was removed from her position because she is pregnant is being reinstated thanks to the prime minister of the South American country.

Prime Minister Moses Nagamootoo directed the National Communications Network late Wednesday to put Natasha Smith back on the air and told the CEO to apologize to her.

“I am in no doubt that the removal of Ms. Smith was due to her state of pregnancy, and that the act is an attack on her as a woman and as a professional journalist,” Nagamootoo, whose Cabinet duties include responsibility for the government communications, said in a statement. 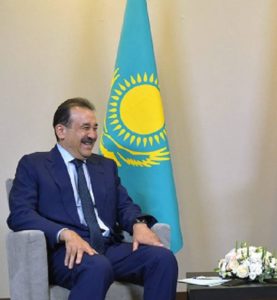 Smith said camera operators were initially directed to hide her pregnancy from viewers. She said later she was told by supervisors that she was being removed from her news-reading duties at the direction of CEO Lennox Cornette.

The NCN issued a statement denying she was fired for being pregnant or unmarried, as some media had reported, and said it only addresses personal issues if they affect an employee’s job performance.

The prime minister, a former journalist and attorney, said the government supports the “free choice to be married or to remain single, or to bear or not bear children,” which compelled him to reinstate Smith.

“It agonizes me to get involved in what is an NCN management matter but, as a journalist and as a parent, I refuse to be silent on this occasion,” he said.