The gender pay gap is likely to persist for more than a generation in the UK after the government rejected proposals to encourage flexible working and help women back into the workforce, MPs have said.

Without ministers putting their weight behind measures needed to end the “pay penalty” suffered by millions of women, the government will fail to meet its target of closing the gap within the next couple of decades, said the cross-party women and equalities committee.

The group made 17 recommendations last March, but most of them were rejected in the government’s response in January. The MPs had called for measures including three months’ paid paternity leave and devising industrial strategies for low-paid jobs carried out by women in

Industries such care, cleaning and retail.

Theresa May highlighted the need to close the gender pay gap in her Conservative party conference speech last year and has since told private and voluntary sector organisations employing more than 250 people they will need to report their gender pay and gender bonus gaps. The regulations, which come into effect in April, will affect about 11 million employees.

Conservative MP Maria Miller, who chairs the committee, said it was clear ministers had set their sights on reducing the pay gap between men and women, but would fail if they continued to ignore evidence to help achieve its goal.

She said the pay audit introduced by David Cameron was only the start and should be supplemented with concrete support in the workplace, adding: “The government says there is no place for a gender pay gap in modern Britain and has restated its pledge to end the pay gap within a generation.

“But without effectively tackling the key issues of flexible working, sharing unpaid caring responsibilities, and supporting women aged over 40 back into the workforce, the gender pay gap will not be eliminated. 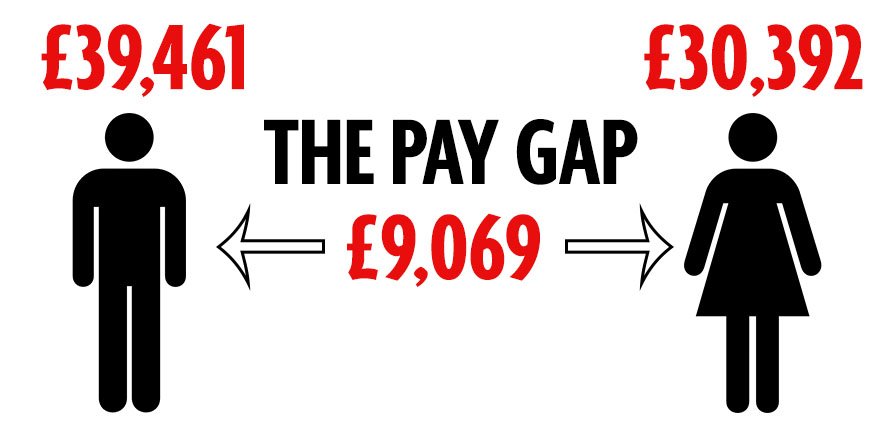 “We made practical, evidence-based recommendations to address these issues. They were widely supported by a range of stakeholders including businesses, academics and unions. It is deeply disappointing that our recommendations have not been taken on board by government.”

Women earn 18% less than men on average, according to research by the Institute for Fiscal Studies. The gap is closest among 20- to 30-year-olds, but balloons after women have children as mothers miss out on pay rises and promotions.

Responding to the committee’s comments, Frances O’Grady – general secretary of trade union umbrella body the TUC, said: “The government needs to up its game and tackle the root causes of the gender pay gap – not ignore them.

“This means removing the barriers that stop women getting better-paid jobs, and helping parents to share out caring responsibilities more equally. Ministers need to stop dragging their heels and challenge workplace discrimination full on.”

According to a study by consultancy PwC, published on Tuesday, Britain has a higher proportion of working women than most countries in the Organisation for Economic Co-operation and Development ranking of rich nations.

But the UK has failed to close the pay gap at the same pace as the average for the OECD and has only a small proportion in full-time work, leaving it in 13th place behind the Nordic countries, Poland and Canada. However, it is ahead of France, Germany, the US, Japan and Italy.

The report, based on data from 2015, concluded that Germany was acting more slowly than the UK to close the gender pay gap and may take more than a century at the current pace. Britain is on track to take 41 years to close its gap.

Moves to match Sweden’s female work participation rate would boost GDP by £170bn, the report said. Top of the list of gender pay offenders was the financial services industry, which has a 34% pay gap, followed by the energy, utilities and manufacturing industries – where few women rise to senior positions.

A government spokesperson said: “We are committed to tackling the gender pay gap and our policies, which aim to balance the needs of employees and businesses while addressing this gap, are working.

“We now have the lowest gender pay gap on record, around 60,000 people a year are taking advantage of flexible working arrangements and the introduction of shared parental leave gives parents extra flexibility and we will continue to evaluate this as it beds in. We’re also supporting women over 40 in the workplace through the National Careers Service.

“But we know there’s more to do. That’s why we are requiring employers to publish their gender pay and gender bonus gap for the first time from April and we are giving working parents of three- and four-year-olds up to 30 hours of free childcare from September.”