Hanna Serwaa Tetteh, a former Ghanaian minister of Trade and Industry and Foreign Affairs, has been appointed as the director-general of the United Nations Office at Nairobi (UNON).

This disclosure was made by the United Nations Secretary-General António Guterres.

Hanna Serwaa Tetteh served as Ghana’s Minister for Foreign Affairs from 2013 – 2017, prior to which she was the Minister for Trade and Industry between 2009 -2013. While at Foreign Affairs, she was a member of her country’s National Security Council and the Armed Forces Council.

She was also the chairperson of the Council of Ministers of the Economic Community of West African States (ECOWAS), a 15-member state bloc, from 2014 to 2015.

During her tenure as Trade minister, Ms. Tetteh also served in the economic management team, the board of the Millennium Development Authority, the National Development Planning Commission, and the Free Zones Board.

The 51-year-old lawyer has served two terms as a Member of Parliament, the first between December 2000 to January 2005 and the second one between January 2013 -2017. She holds a Bachelor of Laws (LLB) degree from the University of Ghana and has completed her professional law course at the Ghana School of Law. She was called to the Bar in October 1992. 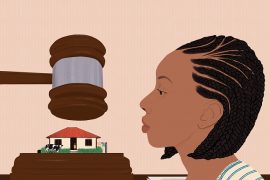