Politicians on the right have welcomed a ruling by the EU’s highest court that allows companies to ban staff from wearing visible religious symbols, as a long-awaited legal judgment ricocheted into the French and Dutch election campaigns.

In its first decision on the issue of women wearing Islamic headscarves at work, the European court of justice in Luxembourg ruled that garments could be banned, but only as part of a general policy barring all religious and political symbols.

Nor can customers simply demand workers remove headscarves if the company has no policy barring religious symbols, the court ruled on Tuesday.

The long-awaited ruling came on the eve of Dutch elections, where Muslim immigration has been a contentious issue. In France, where the race to succeed President François Hollande remains wide open, politicians on the right seized on the issue.

François Fillon, the presidential candidate who has taken a hardline stance on Islam’s place in France, welcomed the judgment. On the day he was placed under formal investigation for misuse of public funds he said in a statement that it was “an immense relief, not just for thousands of companies but also for their workers”. He said the ruling would be “a factor in cohesion and social peace”, particularly in France.

Gilbert Collard, an MP for the Rassemblement Bleu Marine, which supports Marine Le Pen’s Front National, claimed the ruling was an endorsement. “Even the ECJ votes Marine,” he wrote on Twitter.

In Germany, the rightwing populist party, Alternative für Deutschland, also welcomed the ruling: “The ECJ’s ruling sends out the right signal, especially for Germany,” said the AfD’s Berlin leader, Georg Pazderski. “Of course companies have to be allowed to ban the wearing of headscarves.”

The ECJ issued a joint judgment in the cases of two women, from France and Belgium, who were dismissed for refusing to remove headscarves.

“An internal rule of an undertaking which prohibits the visible wearing of any political, philosophical or religious sign does not constitute direct discrimination,” the court said.

It ruled that a company’s wish to project a neutral image was legitimate and allowed internal rules banning political, philosophical or religious symbols. 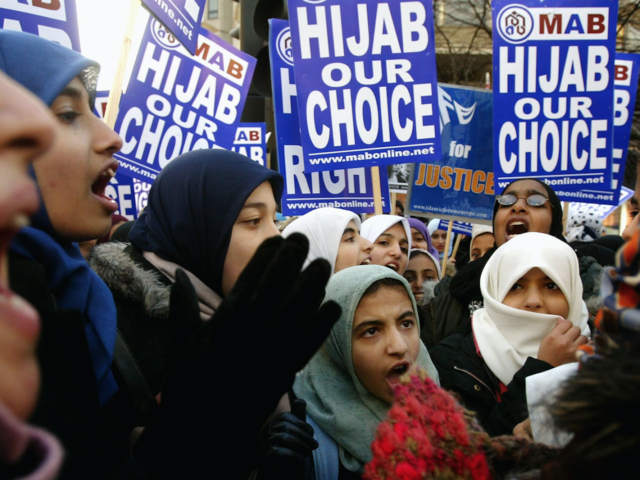 The first case was referred to the ECJ by the Belgian courts.

Samira Achbita had been a receptionist for the Belgian branch of G4S, the London-listed outsourcing and security company when, after three years at the firm she decided she wanted to start wearing a headscarf at work for religious reasons. Achbita was fired in June 2006 for refusing to take off her scarf. The company said she had broken unwritten rules prohibiting religious symbols.

In the second case, Asma Bougnaoui, a design engineer, was fired from an IT consultancy firm, Micropole, after a customer complained that his staff had been “embarrassed” by her headscarf while she was on their premises to give advice. She had been told before taking the job that wearing a headscarf might pose problems for the company’s customers.

In Achbita’s case the ECJ followed the advice of a senior legal adviser to the court, who argued that companies should be allowed to have policies banning the wearing of religious and political symbols.

“The court of justice finds that G4S’s internal rule refers to the wearing of visible signs of political, philosophical or religious beliefs and therefore covers any manifestation of such beliefs without distinction. The rule thus treats all employees to the undertaking in the same way, notably by requiring them, generally and without any differentiation, to dress neutrally.”

In Bougnaoui’s case the court’s adviser had ruled that she had suffered discrimination. She had been “professionally competent” and sacked only because she had refused to remove her headscarf, the advocate general advised.

The court upheld this view with a less ringing endorsement. It said customers’ wishes not to be served by a worker wearing a headscarf did not give companies a get-out clause from EU anti-discrimination law.

“However, in the absence of such a rule, the willingness of an employer to take account of the wishes of a customer no longer to have the employer’s services provided by a worker wearing an Islamic headscarf cannot be considered an occupational requirement that could rule out discrimination.”

The ECJ did not rule on whether Bougnaoui’s dismissal was based on her failure to observe company policies, saying this was a matter for the French court to determine.