Following the Women’s March in Washington and its sister marches around the world, Chinese women were noticeably absent from the international media spotlights. This is because street protests and demonstrations that “promote falsehoods” are illegal in China, and the Chinese government has a history of cracking down and retaliating against public events and figures that bring light to gender inequality.

While the Chinese government’s restriction of public protests and demonstrations is nothing new, over the past few years, China has been slowly increasing its censorship of feminist media and publications. For example, in 2015, the imprisonment by the government of the Feminist Five, a group of vocal Chinese women’s rights activists, made headlines and led to an international outcry, leading to their subsequent release. The members of the group had been detained for distributing pamphlets about sexual harassment on March 8, International Women’s Day.

This event from last year also mirrors a recent attack on feminist press. Just last week, a Chinese feminist social media account run on Weibo, a Twitter-like platform, was suspended for a month after it re-posted news about a strike taking place in the United States to honor International Women’s Day. The account, Feminist Voices, which is one of the most popular in the nation with 80,000 followers, has temporarily moved to a different name. Citizens reacted with anger and fear on social media, warning of the threat to general civil liberties and to women’s groups who want to remain outspoken against U.S. President Donald Trump and on gender equality issues.

However, besides high-profile cases such as this, the more insidious censorship and oppression of female artists and writers in China who dedicate their lives to the production of pieces that will inform and illuminate a worldwide audience has remained less publicized throughout the last year.

Consider the film Hooligan Sparrow, which was on this year’s short list for the Oscars category of feature length documentary. The director, Nanfu Wang, captured the story of Ye Haiyan, one of the most prominent women’s rights activists in China. Ye and seven other activists risked arrest for publicly protesting against the outcome of a child rape case in Hainan involving a government official. Wang filmed undercover and smuggled the footage out of the country. The documentary was also nominated for the Grand Jury Prize at the 2016 Sundance Film Festival. 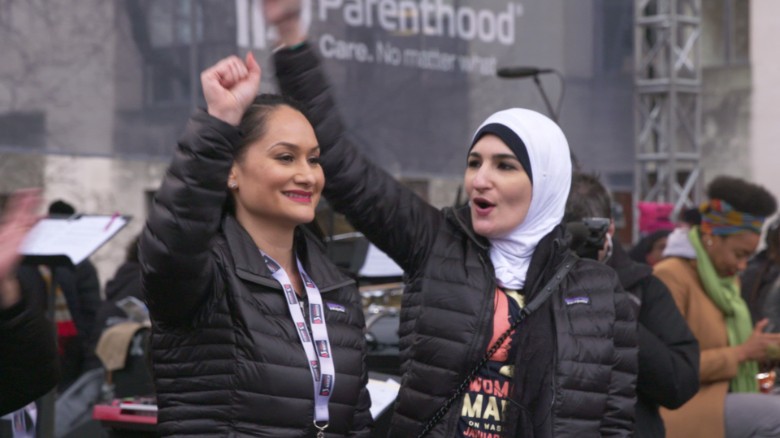 Before the announcements of the final Oscar nominees, local authorities shut off all of Ye’s utilities and Internet from her apartment on the outskirts of Beijing. The film was not ultimately included in the nominee list; if it had been, Ye would have had an extremely difficult time remaining in China and most likely would have had to leave the country somehow, though the government confiscated her passport in 2014. Ye is now facing eviction, and her daughter is not allowed to enroll in school because of Ye’s political activities.

The film is strictly prohibited from being shown within China but has garnered international acclaim. Wang and Chinese organizations have worked to plan underground screenings of the film domestically, risking government backlash.

Though the Chinese government supposedly supports the promotion of gender equality, it views any press or publicity that reveals a less-than-stellar status quo of women’s rights as a threat to its order and stability. Working in these unfavorable conditions, Chinese feminists have increased efforts and are looking to forge alliances with other women’s rights activists in the United States and beyond in order to foster international awareness. Journalists and activists such as Lu Pin, who is New York-based, have founded organizations such as the Chinese Feminism Collective that promotes the communication of Chinese feminism to Western nations.