ComfortDelGro Corp and its subsidiaries SBS Transit and Vicom have appointed three women on their boards, raising the group’s combined female board representation to at least 30 per cent – up from around 20 per cent.

Ms Jessica Cheam, Ms Chua Mui Hoong and Ms Tan Poh Hong join a board that has long been male-dominated. ComfortDelGro said the three bring with them “diverse skills sets in the areas of sustainability, political and media relations, and food security and safety”.

They replace two stalwarts who have retired from their respective boards after putting in a combined 32 years of service – Mr David Wong of ComfortDelGro and Mr Wee Siew Kim of SBS Transit. Group chairman Lim Jit Poh said: “We embarked on our board renewal process in 2017 with a clear view to bringing in greater expertise especially in disciplines that are new to the Group. We have also added more female directors as part of our commitment to gender equality.”

Ms Cheam, 36, who joined the ComfortDelGro board on Jan 1 this year, is managing editor of Eco-Business, a sustainability publication. She is an adjunct research associate for the Centre for Liveable Cities, a Singapore think-tank focused on creating and sharing knowledge on liveable and sustainable cities.

Ms Chua, 49, who joined the SBS Transit board on April 26 this year, is opinion editor of The Straits Times.

Ms Tan, 60, who joined the Vicom board a day earlier, was chief executive of Agri-Food and Veterinary Authority of Singapore from 2009 to 2017.

The percentages of women on the boards of companies now range from 30 to 33 per cent, higher than the Council for Board Diversity’s target of 20 per cent in 2020. 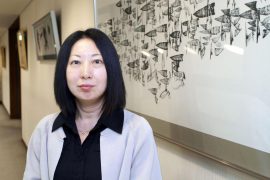 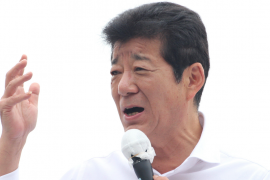