India’s largest food delivery company, Zomato launches new policy to give its female employees paid “period leave” has sparked a debate, polarising women in a country where menstruation is still considered a taboo.

Zomato is the most high profile organization to institute the policy in India, allowing women and transgender people up to 10 days off per year as part of an effort to combat what it said was stigma around the issue.

“There shouldn’t be any shame or stigma attached to applying for a period leave,” Zomato chief executive Deepinder Goyal said in a note to staff on Saturday.

“You should feel free to tell people on internal groups, or emails that you are on your period leave for the day.”

The announcement was welcomed by several women’s rights activists and social media users as a “progressive move that was long overdue”.

“Most women take pain killers and continue working. Some women find it extremely difficult to work during periods. This won’t take away from the hard-won space that women have gained,” Lavanya Ballal, social media coordinator for the Indian National Congress party, wrote on Twitter:

.@Zomato offering period leave for women is a move I appreciate.
Most women take pain killers and continue working. Some women find it extremely difficult to work during periods.
This won’t take away from the hard-won space that women have gained. https://t.co/9cC2icmfBE

Today one might not be able to wrap their head around #PeriodLeave, like many who protested against maternity leave. But someday in the future, it’ll be considered normal and basic. The journey for that day begins now, with the fire lit by a handful of women today. https://t.co/ILrRtpYywg

More strong women should talk about what their periods felt like. The problem if we were told to be quiet about it and so the pain is also now a secret pain. Our experience should benefit young girls going through this now.@MasalaBai https://t.co/n4Ra3BZKji

Angellica Aribam, the founder of Femme First Foundation, a non-profit promoting women’s political leadership in India, said: “Today one might not be able to wrap their head around #PeriodLeave, like many who protested against maternity leave. But someday in the future, it’ll be considered normal and basic.”

Millions of women and girls in the South Asian nation still face discrimination and health challenges because of a lack of awareness surrounding menstruation.

According to the United Nations children’s fund, UNICEF, 71 percent of young women in India remain unaware of menstruation until their first cycle.

Frankly, a company that does not hire someone bec they need a few hours of rest (and then also, only those who need it) for painful periods, would be a toxic workplace. How companies evolve in empathy is their responsibility, not women who are being asked to labour through pain.

In 2018, India’s Supreme Court overturned a decades-long ban on women of menstrual age entering the Sabarimala temple in the southern state of Kerala, leading to a nationwide debate about women’s rights.

Meanwhile, Zomato’s decision has also angered some women, who called the move discriminatory and anti-feminist.

Zomato has announced ten days “period leave” for its female and transgender employees.

I think this is Brahminical Patriarchy as in Upper caste Hindu houses women are not allowed to touch food when they are menstruating.

Dear Feminists, think about it.

Sorry Zomato, as woke as your decision on #PeriodLeave is, this is exactly what ghettoizes women and strengthens biological determinism. We cannot want to join the infantry, report war, fly fighter jets, go into space, want no exceptionalism and want period leave. PLEASE.

“The other thing hideous about the idea of period leave is how it turns a normal biological experience into some sort of monumental event, gendering us at the workplace when we have fought so hard to not be gendered,” prominent journalist Barkha Dutt said.

This is not the first time such a policy has been introduced in India.

Other companies, like the Cultural Machine and Gozoop, allow their employees to take leave on the first day of their periods.

In the eastern state of Bihar, female government employees are given two extra days off for periods. 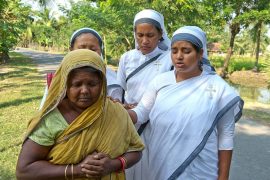 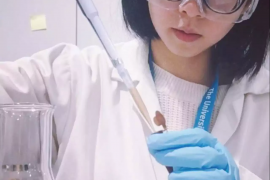 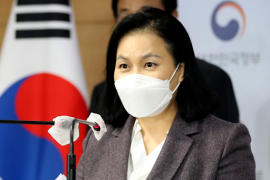