Five Maryland legislators could have ended a policy that forces women to share child custody with their rapists. Instead the five legislators, all men, buried the bill.

Maryland is one of seven states without a law allowing women to terminate parental rights for their rapists, if their child was conceived as a result of sexual assault, according to reproductive rights organization NARAL.

The state’s current policy forces survivors to negotiate child custody and adoption issues with their attacker. In a bid to update the draconian policy, Maryland Delegate Kathleen Dumais introduced legislation that would allow a woman to cut her rapist’s parental rights.

The Maryland General Assembly’s is not scheduled to reconvene until its 2018 session begins on January 10. But for Maryland women with children conceived by rape, the state’s current law can mean situations of urgent danger.

“For those who choose to carry to term, a woman who becomes pregnant through rape runs the risk that the rapist will assert his parental rights,” NARAL’s Maryland branch wrote in a statement of support for Dumais’s bill.

“If she chooses to raise the child herself, it could mean her rapist inserting himself into her life for the next 18 years. The perpetrator may also hinder efforts to place the child up for adoption. In some extreme cases, rapists have only agreed to allow an adoption to go forward if the victim promised not to testify against him at Trial.”

Dumais has championed a number of bills advocating for sexual assault survivors’ rights, including a bill passed this session, which clarified that rape survivors do not need to prove they physically resisted an attack in order to prosecute their assailant. But Dumais’s parental rights bill has proved tougher to pass.

The Maryland delegate has attempted to pass eight previous versions of the bill, all of which failed in the General Assembly. During the 2017 legislative session, the bill seemed closer to law than ever before, with versions passing both the House and the Senate, before a technicality sunk it for the ninth time.

The bill’s text, as approved by the House and Senate, varied significantly between the two legislative bodies, with differences including the conditions under which a parent could terminate the other parent’s parental rights, and the child’s legal rights during court proceedings. In order to move on for approval by Maryland Gov. Larry Hogan, the bill would need its text finalized by a small negotiating committee comprised of six delegates and six senators. 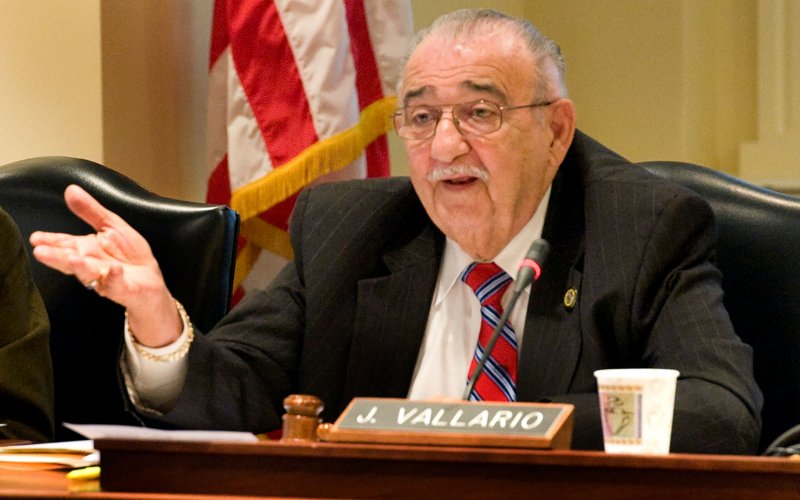 Moon, a Democrat, told The Daily Beast that he, Smith and Wilson supported and sponsored the bill and that they “were desperately trying to save it in the closing minutes of the session,” but that the committee had run out of time.

Speaking to the Sun, Vallario defended his decision not to appoint any female legislators to the panel, saying the group’s demographics were entirely coincidental, and that he did not appoint Dumais because the bill’s primary sponsor would be biased in its favor. Dumais told the Sun that she has previously sat on negotiating committees for bills on which she was the primary sponsors. Neither Dumais’s nor Vallario’s office could be reached for comment by The Daily Beast. When the panel finally convened Monday evening, it was comprised of five men; Vallario, who had appointed himself, sat out on negotiations.

But rather than agree on a finalized version of the bill, the five men appeared to strike some kind of bargain, the Baltimore Sun previously reported. Republican Sen. Michael Hough announced “we’re good,” before the commission ran out the clock on the legislation. With no revised text with which to present the General Assembly, the bill failed, despite having passed both houses.

Dumais reportedly left the session close to tears as the bill she had worked nearly a decade to pass had been abandoned again, this year on a technicality that ran the urgent bill out of time.