Women’s Bureau in collaboration with the Ministry of Women’s, Children and Social Welfare in the Gambia supported by UNICEF recently trained members of the Network of Gender Journalists for Women and Cultural Advancement (NoGJWCA) on issues relating to Female Genital Mutilation/ Cutting (FGM/C) and child marriage.

The two-day forum held at Pakalinding, Lower River Region (LRR), was designed to build the capacity of journalists in positively reporting on issues such as Gender-Based Violence cases especially FGM/C and child marriage, which are sometimes are very complex and sensitive.

Addressing the gathering, Neneh Touray, deputy director at the Directorate of Gender Equality and Women Empowerment, Women’s Bureau, highlighted the importance of the training, further reminding media practitioners of their crucial role in information dissemination and ensuring that the news they carry is authentic.

She explained that media practitioners can also serve as an advocacy medium especially in eliminating certain traditional beliefs especially FGM/C and child marriage, which she said, has a lot of consequences on the individual and the communities at large.

“So we felt that it is also important to build the capacities of journalists on reporting Gender-Based Violence cases especially FGM/C and child marriage which sometimes are very complex and the way and manner in which we report the cases can even hinder the amount of advocacy, the amount of work that has been done to ensure that FGM/C and child marriage are totally forbidden in this country.”

Touray revealed that the capacity building programmes started when they had the Child Protection Programme on FGM/ C and child marriage with UNICEF in 2019. 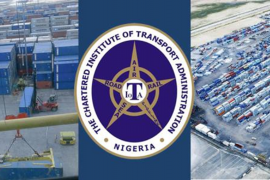