In efforts to better the lives of women in Nigeria, Aliko Dangote Foundation (ADF) has disbursed the sum of N3.924 billion to 392,490 women and youths across Kano, Jigawa, Kogi, Adamawa, Borno, Yobe, Lagos, Niger, Nasarawa, Sokoto and Katsina state as part of its microgrant programme.

Also, the Foundation has concluded plans to extend the disbursement of the micro-grant program to Ogun, Osun, Kwara, Edo, Rivers, Anambra, Ebonyi and Bauchi states as part of the next phase of this programme.

According to the Foundation, in some States, mobile phones and bank cards to start up or improve their income generating activities were added to the grants as a delivery mechanism for the funds in partnership with the respective State and Local Governments and mobile money/bank operators.

The Managing Director/Chief Executive Officer of ADF, Zouera Youssoufou stated that the Board of the Foundation has already approved the next phase of disbursement of the grants across Ogun, Osun, Kwara, Edo, Rivers, Anambra, Ebonyi and Bauchi states.

She described the Aliko Dangote Foundation Micro-grant programme as a 10 billion naira programme designed to provide a 10, 000 naira one-off grant to at least 1,000 vulnerable women, and in some cases, youths, in each of the 774 LGAs across Nigeria.

She said that the programme is being implemented in partnership with the state governments who work with committees set up down the ward levels to ensure the appropriate beneficiaries are reached.

“As far as possible, participants also receive training tailored to bolster their income-generating activities which are critical for the welfare of millions of Nigerians. Beneficiaries of this programme are evenly selected from the target communities with primary consideration for vulnerable women, food distressed household with infant or children under-five year old, disabled, divorcees, widows with multiple dependents, and extremely poor residents in these communities”, she said.

It would be recalled that the Programme is implemented in partnership with State Governments to complement their economic empowerment and poverty reduction drive,.  The Executive Governor of each state is tasked with setting up a committee to oversee the implementation of the programme alongside Aliko Dangote Foundation staff.

Since 2016, the Foundation automated the beneficiary enrolment and payment processes. In addition to the cash grants, beneficiaries were also given mobile phones and SIM cards by the Foundation. In the last two states, the scheme was implemented, the Foundation partnered with a leading commercial bank to open bank accounts and provide ATM card for each beneficiary. 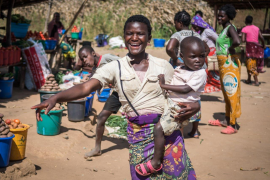 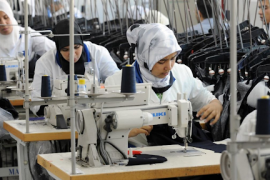 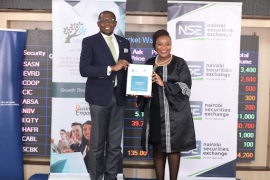