Speaking at the event moderated by Kadaria Ahmed, the Speaker of the House of Representatives, Hon. Femi Gbajabiamila, said that the country cannot achieve political dependence based on the rights of the Nigerian people to choose their leaders in a free and fair election without interference and imposition and yet argue for the imposition of quotas in elective offices.

The Speaker, who says he owes his political achievements to his mother who he said encouraged his participation in politics, established that he wants to be remembered as someone who contributed positively to the promotion of women courses in the political life of the country.

“My participation in politics is a legacy of my mother and I owe my achievements in this arena to her. Now, I am a father of daughters for whom I hold the highest ambitions.”

“At the end of my career in politics, it is my hope that I would have contributed constructively to the achievement of a society where my daughters and all our daughters can live up to their highest aspirations, freed from discrimination on the basis of their gender, and protected from the worst consequences of our patriarchal society,” he said.

Minister of the Federal Capital Territory, Dr. Ramatu Tijjani, represented by director in the ministry of women affairs and social development said that women must support each other in the course of political movements so as to get into the mainstream leadership circle and seat properly.

Hon. Gbajabiamila, went on to announce his intention to propose the creation of a special Women Victory Fund to support the next National Executive Committee meeting of his party, the All Progressives Congress (APC), this is to recruit more women who will contest elections on the platform of the party.

The forum which gathered together women with great interest in politics held on the 12 October 2019, at the prestigious Transcorp Hilton, Abuja Nigeria had other panel discussions on the sidelines.

WIMBIZ, a non-profit organisation started out resting on a sole vision; to be the catalyst that elevates the status and influence of women and their contribution to nation building. The organization which began 18 years ago, focused on having women in the private sector as well as business. However, there was need to have women in politics to push the course of women in every sphere. This idea did not sink until the kidnap of the Chibok girls which pushed the organization into women in politics. Launching out into politics, the organization had its first town hall meeting titled “Chibok and beyond” in 2014.

WIMBIZ is the first Nigerian NGO rated by NGO Advisor and ranked as 428 worldwide. It is also the only African/Nigerian affiliate partner and representative of the International Women Entrepreneurship Challenge (IWEC) Foundation. 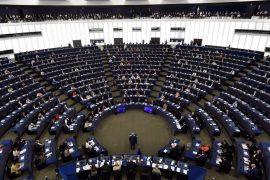 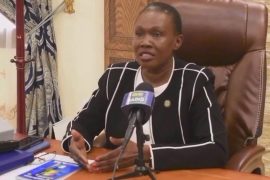