When I went to Uganda in 1992, I was interested in understanding why the country had so many women in top government positions and why it had the highest rates of representation of women in parliament in Africa at the time. During my research, I realized that a key reason was war. Uganda had just emerged from years of major conflict. Relations between women and men had begun to change, and as a result, women started to mobilize for their rights.

Over time, it became evident that post-conflict countries had considerably higher rates of female political representation than countries that had not suffered through violence. Post-conflict Liberia was the first African country to elect a woman president. As early as 1994, post-conflict Uganda already had a woman vice president for 10 years. Post-conflict Rwanda today has the highest rate of female legislative representation in the world – 63.8 percent of its legislators are women – and has held that spot since 2003. 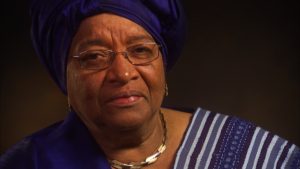 My latest book, “Women and Power in Post conflict Africa” (Cambridge University Press 2015), shows how the trends I observed in Uganda in the early 1990s became evident in many of the 16 other African countries that came out of conflict, especially after 2000. Across Africa, countries emerging from major conflict were quicker to advance women’s rights and elect women to political office than countries that had remained less conflicted. What is more, post-conflict nations went further in changing their laws and constitutions, offering women more strong legal protections in the areas of land rights, family law, violence and political equality.

And it is not just in Africa. We see more women in office after conflict around the world, in such places as Slovenia, Nepal and East Timor.

This post-1990s pattern echoes earlier transformations in women’s citizenship, when World War I shook up gender norms across Europe and the United States. Women mobilized for the vote in many countries for decades, but it was only after the war that they finally gained suffrage.

The book is based both on extensive fieldwork in Uganda, Liberia and Angola, and on in-depth analysis that compares post-conflict and non-conflict countries across Africa. It also builds on a longitudinal study that I carried out with Melanie Hughes, in which we found statistical evidence of the relationship between women’s legislative representation and the end of major wars that were particularly long or had very high rates of conflict-related deaths.

Advancing women’s rights is an unexpected by-product of war

The Nordic countries took more than 100 years to get equal numbers of women and men in their legislatures. After civil wars, some African countries exceeded their rates almost overnight.

None of this, however, happened before the 1990s, a time when women’s rights activists had made gains in legal reform in many African countries and pressured United Nations agencies, foreign donors and international organizations to promote those rights worldwide.

Of course, women’s rights activists in post-conflict countries say that the changes have been all too slow and halting. But even the impatience with the the pace of change tells us how much expectations have been transformed. In nondemocratic countries such as Angola, Chad and Eritrea, we see fewer changes, in part because citizens have few political rights and civil liberties.

But looking at the big picture in a country like Uganda, we see new women leaders in business, civil society, academia, religious institutions and a host of institutions in which they had previously been invisible. We also see changes in attitudes toward women and women’s leadership. In some countries the changes were more extensive than others, where sometimes one saw change only along a few dimensions.

In Angola, for example, women increased their numbers in the legislature but won fewer legal and constitutional rights. But that is, in part, because Angola is not a democracy, and so women were not able to create organizations independent of the government and other dominant political powers. Creating a women’s rights agenda requires women to build coalitions across parties, ethnicities and other identities and affiliations – which can then make demands of the ruling party.

Why did post-conflict countries advance women’s status so quickly?

Here is why. During conflicts, women are pushed into new roles in the economy, in their households and communities and even in national politics. While some women also fought, others became active in peace movements, which have often been led by women or involved large numbers of women – and then use the transition to peace as a time to demand equality.

In Africa, for instance, women were among those most engaged in behind-the-scenes peacemaking, pressuring militia to lay down their arms, demonstrating for peaceful elections and negotiating the release of kidnapped civilians. Further, women gain credibility after these conflicts, since they have been political outsiders, uninvolved with leading the militias and paramilitaries and not responsible for the violence – making a vote for a woman seen as a break with the disastrously violent status quo.

From these positions, women often try to influence peace negotiations to include women’s rights planks into the peace accords. The results include quotas for women on candidate slates; explicit listing of sexual violence as a war crime during transitional justice processes, and requirements to include women at the table where new constitutions are being written. Sometimes international donors and other international actors supported and pressured for these results.

While no one would ever advocate war as a route to advancing women, my research showed that the longer or more deadly the war, the more advances women make. That is, in part, because when society is seriously ruptured by war, it is easier to persuade people to adopt new norms, institutions and include new political actors.

Further, after a civil war, women’s rights had a better chance of improving if the conflict ended with peace negotiations rather than a decisive victory for one side, as happened in Angola and Sri Lanka. Women and international non-governmental organizations had less power to add women’s rights to the laws and constitutions if one dominant side simply took power than if they were at the table while peace was negotiated and constitutions were rewritten.

Finally, women made more advances after major civil wars or wars of national liberation than after interstate or proxy wars, or after low-level conflict, local rebellions or coups d’état. For instance, consider the ongoing conflict in Somalia. There is not enough stability for leaders to worry about legislative reform – and so we should not expect much legal change with respect to women’s status during conflict. 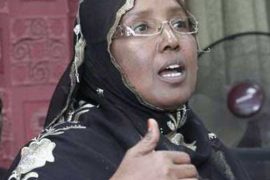 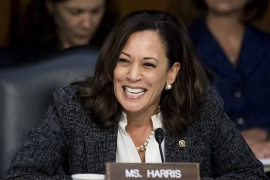