On the 25th day of October 2018, a unanimous decision by members of the Federal Parliamentary Assembly in Ethiopia led to the installation of Sahle Work Zewde, a lifelong career diplomat, as the first female President of the country, and the second Head of State since its inception after Empress Zewditu. The decision to elect Zewde as President of Ethiopia saw her replace former President, Mulatu Teshome, to actively take on the reins of leadership in a beloved country in which she has served in different capacities. Presently, only two female heads of State exist in Africa, and Zewde’s testament to the leadership and advancing the cause of good governance since her appointment speaks volumes of her lifelong ability in the path of rendering service in every position she has occupied.

Zewde’s work in leadership has been evident since her time as a diplomat, with an instance seen in notably making the Nairobi office an important UN hub for East and Central Africa during her time there, according to the 2012 Africa Yearbook. As President, Zewde’s work is thought of as largely ceremonial, but she functions in governance with verve and spirit towards achieving the best for her nation. Most recently, with the happening in Tigray, she has employed her diplomatic in a presidential manner by calling on all Ethiopians to join hands in rebuilding Tigray, having visited several activities in Mekelle City herself. In her visits to the region, she visited the Ayder Referral Hospital, Federal Food Stockpile in Mekelle, and shelters of the displaced who fled their homes in several of the regions due to the law enforcement operation. To create and cement a better relationship with the people of the region, she consulted extensively with the religious leaders and elders of the community on the ongoing rehabilitation activities. And, in assuring the commitment towards a sustainable society, she announced the government’s full-powered commitment to fully restoring peace in the region.

Part of her powers as President of Ethiopia includes the issue of pardon, and there is in no way a better way to express care for her people when she pardoned more than 5,500 prisoners between March and April 2020 in a move to curb the spread of the Covid-19 pandemic in Ethiopia. This represents the wise decision on her part to stem the pandemic from its root – knowing it operates where there is no social distancing and also giving prisoners a second chance at life to redeem themselves, thereby killing two birds with a stone.

In the exercise of her function, Zewde has championed the cause of women through efforts on ensuring gender equality in Ethiopia. Recently, she performed the major ceremony of launching the ’50 Million African Women Speak’ (50MAWSP) Initiative in Addis Ababa where she urged the women in the country to embrace it and use it to grow their businesses. Ethiopia is the thirteenth member of the Common Market for Eastern and Southern Africa (COMESA) to officially unveil the platform/initiative which is an information and networking hub for women, providing them with the resources to start, grow and scale up their businesses and to access financial and non-financial services. Perhaps the best instance for her passion in ensuring gender parity comes in the vision she outlined during her inauguration when she said:

“If the changes currently being made in Ethiopia are led by both men and women, their momentum will lead to an Ethiopia free of religious, ethnic or gender discrimination… Women are the first victims of the struggle for peace. During my term, I will focus on women’s role in maintaining peace, as well as the benefits of peace for women. I call on the government to eradicate poverty with women’s full participation, as it is a source of instability” she said.

In March 2020, Zewde was listed by Forbes to be among ‘Africa’s 50 Most Powerful Women’, and she featured on the annual edition of the American Magazine’s list of ‘The World’s 100 Most Powerful Women’, listed as the 96th most powerful woman in the world, and the highest-ranking African woman on the list. Her diplomatic and resilient approach to governance through impact is a reminder of the capacity which women possess with an ability to deliver when placed high in any society, and she consistently develops the need for why more women should be given the chance to enter into governing spaces and create impact. 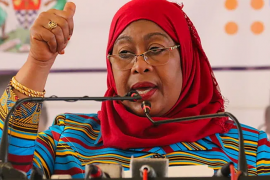 President Samia Suluhu: The Journey of an Amazon to Tanzanian Presidency 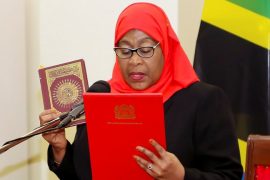 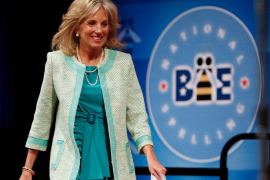