In the last week, the Nigerian social media space has been filled with a hashtag #JusticeforUwa. Calling for Justice for 22-year-old Vera Uwa Omozuwa, who met her cruel and untimely death in the hands of all women’s common enemy ‘’RAPISTS’. Until her death, Uwa was a 100 Level student of Microbiology. She was raped and brutally murdered by assailants in a church building where she went to study, perhaps for the serenity as places of worship have generally been unused in the past few months.

Uwa’s story is not an isolated case as it is estimated that approximately 35% of women worldwide have experienced some form of sexual harassment in their lifetime.

It is saddening to note that children are particularly vulnerable to sexual violence, and girls are at much greater risk, both at school and at home, the two places where they should feel safest at. How sad!

For older women, sexual assault is reported mainly at the workplace and home front, from spouses, bosses, coworkers, etc.

For the average woman, rape stories are far from uncommon, especially more so in today’s digital world, where some perpetrators actually capture the act on camera. In fact, the mere fact that they have a vagina between their legs leaves women susceptible to attacks by unscrupulous men.

In response to the trending hashtag of #JusticeforUwa, a lot of persons have come up with lame, disgusting, punishable excuses for the perpetrators of the heinous crime of rape, trying to blame victims for what befell them.  It must have been as a result of something they did wrong, scantily dressed, walking provocatively perhaps, visiting the opposite sex, and so on and on.

Does any of these justify rape? Not at all.

The Me Too (or #MeToo) movement, with variations of related local or international names, is a movement against sexual harassment and sexual abuse where people publicize their allegations of sex crimes committed by powerful and/or prominent men.

The purpose of the “Me Too” movement, as initially voiced by  Tarana Burke as well as those who later adopted the tactic, is to empower women through empathy and solidarity through strength in numbers. Especially young and vulnerable women, by visibly demonstrating how many women have survived sexual assault and harassment, especially in the workplace.

The idea of this movement to me in simple terms is to just “Speak Up”.

The latest statistics by worldometres.info put the world population at above 7.5 billion, numbers of course, including rapists and perpetrators of all sorts of sexual crimes.  Imagine how far we could go in the fight against rape and sexual assaults if half of the world population should take a firm stand against rape by taking ‘’Burke’s #Metoo stance. Certainly, we would have at worst 3billion people actively championing the anti-rape cause and seeing to it that perpetrators are brought to book.

As long as victims keep silent, the abusers, the rapist and sexual harasser get stronger. The victim’s silence is their strength.

Speak up! And say it loud! Let no one silence you!

There should be a Burke for every Uwa. 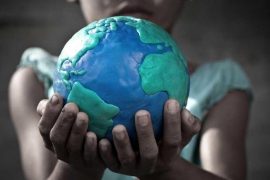