Eating Late at Night May be Particularly Bad for You and Your Diet: Here is Why

Reluctant as you may be to admit it, chances are that at some point you may have found yourself in the kitchen late at night, devouring some sweet, salty or carb-rich treat even though you are not hungry. For years, we have said a calorie is a calorie no matter when you consume it. While grabbing the occasional midnight snack may not be of any precise problem, making a habit out of it can have serious long-term impacts on your health and your overall well-being.

There’s a reason why all health experts, nutritionists and doctors will advise you to beat the habit of eating late at night or noshing on oily and fried snacks to satiate your late-night hunger pangs. Late-night snacking may be more insidious than just a poor eating habit as it could get addictive and may even degenerate into a full-blown eating disorder known as ‘Night Eating Syndrome’. This is why we are all advised to take-in most of our calories during the daytime, when our bodies are more active and we’re able to burn most of the calories from meals to generate energy.

How much late is really late?

Late is typically within 3 hours of you going to sleep. So, if you work throughout the day and usually sleep from 11pm-7am your “late” would be 8pm-11pm. At the end of the day, your body is going to metabolize whatever you put into it, and if you aren’t active enough to use up the energy you absorb from it, then it will be stored as fat which would eventually result in bad health.

So, if you’re a person who is a slave to your midnight munchies, then you must know about these harmful effects of your habit.

The unacceptable part of eating a late-night dinner is weight gain. Surprisingly, your ability to gain or lose weight do not just depends on caloric intake and food choices but also the timing of your meals. Thus, when it comes to eating late at night, the concept of “A calorie is just a calorie” may be redundant. Because these calories you are swallowing at late hours will more likely be stored as fat in your body; thereby resulting in an increase in weight. Your body’s metabolism slows down during night time and is not as effective in burning calories as it is during the day time.

People who eat late at night are inclined to sleep later, which may lead to a disturbed sleep cycle. Additionally, eating late at night has also been found to be the reason that some people tend to have confusing dreams at night. A 2015 study into the subject of how late night snacking affects sleep, lead two Canadian psychologists to discover that University students who indulged in late night snacking were more prone to ‘bizarre’ dreams, which may be as a result  of  the gastric discomfort caused by the snacks. Eating late in the night can actually disrupt sleep patterns and give you ‘disturbing’ dreams.

It is not just your waistline that suffers when you eat late but it turns out that eating late at night is destructive for your brain health too. Timing of meals has far-reaching effects on brain physiology and behaviour. Irregular eating patterns affect the circadian system, which in turn affects the brain’s ability of learning, concentration and memorizing.

ating soon before bedtime may increase the risk for heart pain, acidity and pain the middle chest. When your stomach is struggling to digest food while you lie in bed, the pressure of food metabolizing can lead to the loosening of Lower Esophageal Sphincter (LES), allowing undigested food and stomach acids to travel back up the esophagus. If you suffer from reflux, its best to create at least a two hour gap between eating and sleeping to prevent night-time reflux.

If you are prone to heart burn and acid reflux, you should probably be re-assessing the timing of your meals. Eating a late dinner has been attributed to these gastric issues, caused due to poorly digested food which may cause excessive acid in the stomach. This is why people are often advised to have a leisurely walk after eating their last meal of the day, instead of going straightaway to bed.

If you find yourself craving for bedtime snacks almost every day, there could be a serious problem. Are you’re engaging in repetitive night-time eating without even being hungry? You could be dealing with NES or Night Eating Syndrome. Research has now linked this Night Eating Syndrome (NES) with eating disorders like binge eating.

A misaligned body clock may have more serious consequences including increased risk of heart diseases and diabetes. Studies have associated high blood pressure or hypertension and higher fasting blood sugar levels with the habit of eating later in the night or having dinner way past the ideal time.

What to do in case of late night hunger pangs?

Even after trying a lot, or due to a long day at work, if you are feeling hungry way past your normal dinner time, here are some tips on how to go about for it.

Now is time for you to drop that late night eating. 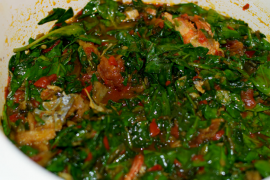 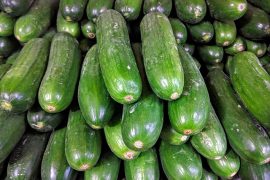