Most politicians and their spouses only remember the less privileged when they are in office or vying for one, and more often than not, projects to empower the less privilege end with their political tenure. Her Excellency, Mrs. Eunice Ukamaka Egwu, wife of the first Executive Governor of Ebonyi State is of a different league. With an inherent desire to reach out to the needy, Mrs. Eunice Egwu has been silently touching the lives of widows and the less privileged long before she became the First Lady of Ebonyi State, and is still touching the lives of these vulnerable ones, years after leaving that office. The editor of the Amazons Watch Magazine and part of her team caught up with Mrs. Egwu in her Abuja office, where she gave more insight on her philanthropic pursuits, and challenges of women in leadership positions. Find Excerpts from the interview below; 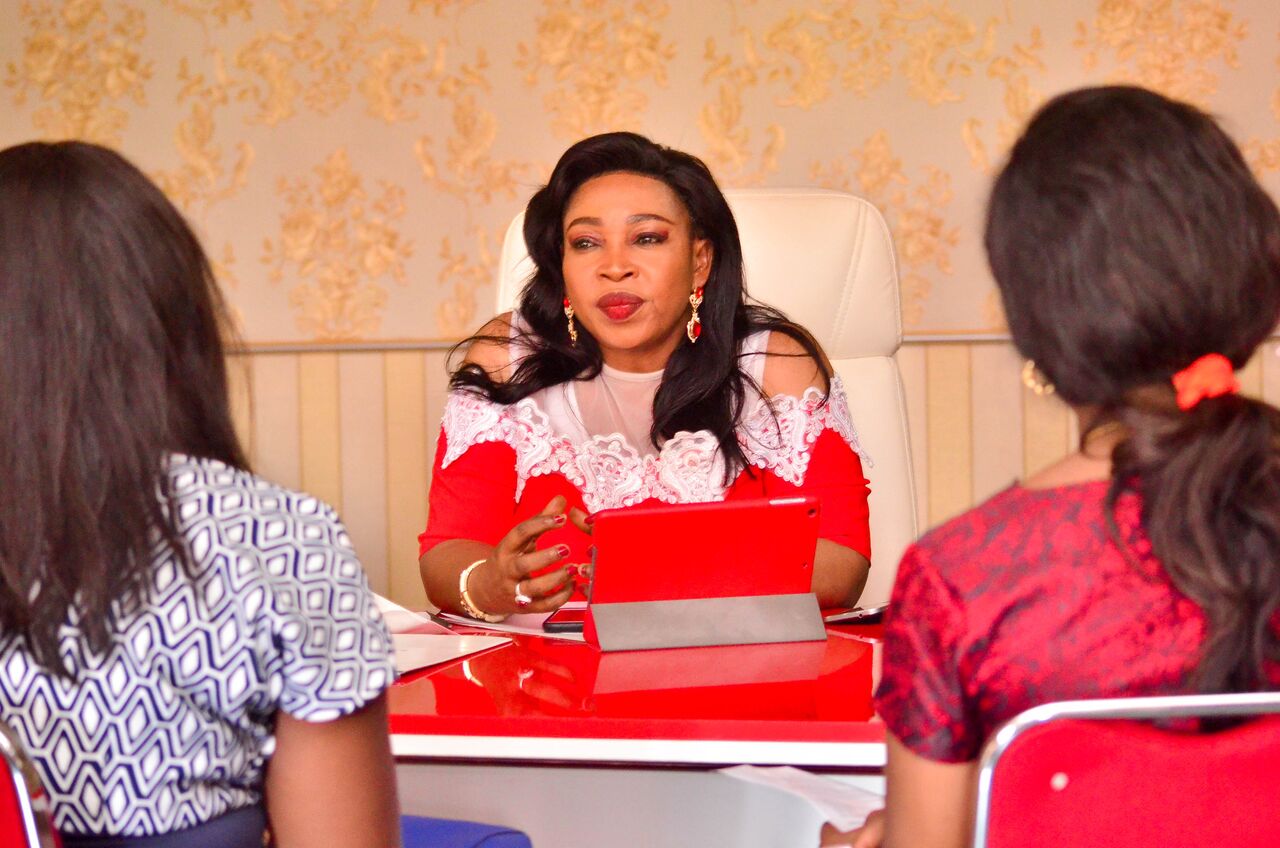 Can you tell us a bit about yourself?

My name is Eunice Ukamaka Egwu; I was born into a royal but polygamous family, the only daughter among six siblings from my mum, though sadly, I lost 2 of my brothers. I am married to Dr. Sam Ominyi Egwu, the first Executive Governor of Ebonyi State. I have six children split evenly – three boys and three girls.

Our observation is that there are so many challenges with women in leadership position? What do you think is responsible for this?

Sincerely speaking, the opportunity is not there for most women. Some women only get to the limelight when their husbands get a political position. This does not mean these women are lacking in abilities, intellectually or otherwise. It is just that the opportunities are limited for most women. Due to societal and cultural inclinations, most women are subdued and tend to just ride on their husband’s glory. For such women, opening up will expose them to societal and cultural critics who might see this as the woman wanting to outshine her husband. Most women are left to get into leadership positions by default, that is, because their husbands are there. It doesn’t mean that some of them can’t do the work, but society wants them to tag along their husband, else, they are seen as frontal and bossy. You don’t want your husband to be called a sissy, so sometimes, women deliberately tag along. Also, the attention is always usually directed to Men. Even when some women have the opportunity to come to limelight, they are careful not to outshine their husbands and faced socio-cultural judgments. These are some of the things I think affect women. Most women have the desire and capacity but the society does not give them the opportunity to excel.

Is there anything we should do differently in relation to the cultural factors inhibiting women?

We have to start appealing to the consciences of the opposite gender that it doesn’t take anything off a man to let a woman explore and shine. The women also have to be sensitized that their life is not relegated to marriage or just keeping a family.  We should also start with our family, especially our daughters. We need to tell the girls that they can stand out and do exploits, as most girls are tailored from childhood to see themselves as wives and mothers only and they grow up thinking that is the only thing they stand for. So we should start from the girl child. Marriage is good but it’s not actually for everyone and should not define a woman. We have to be cautious about applying this wisdom though. We Igbos believe in (speaks in local dialects) Akonuche. Ako is knowledge while Uche is wisdom. You find a way of getting what you want without being aggressive or confrontational. Some men just want their wives to be housewives doing nothing. These women have to work wisely with their husbands so as not to run into a conflict. Women need to apply wisdom when they find themselves in this kind of situation, and wisdom is not acquired but given. 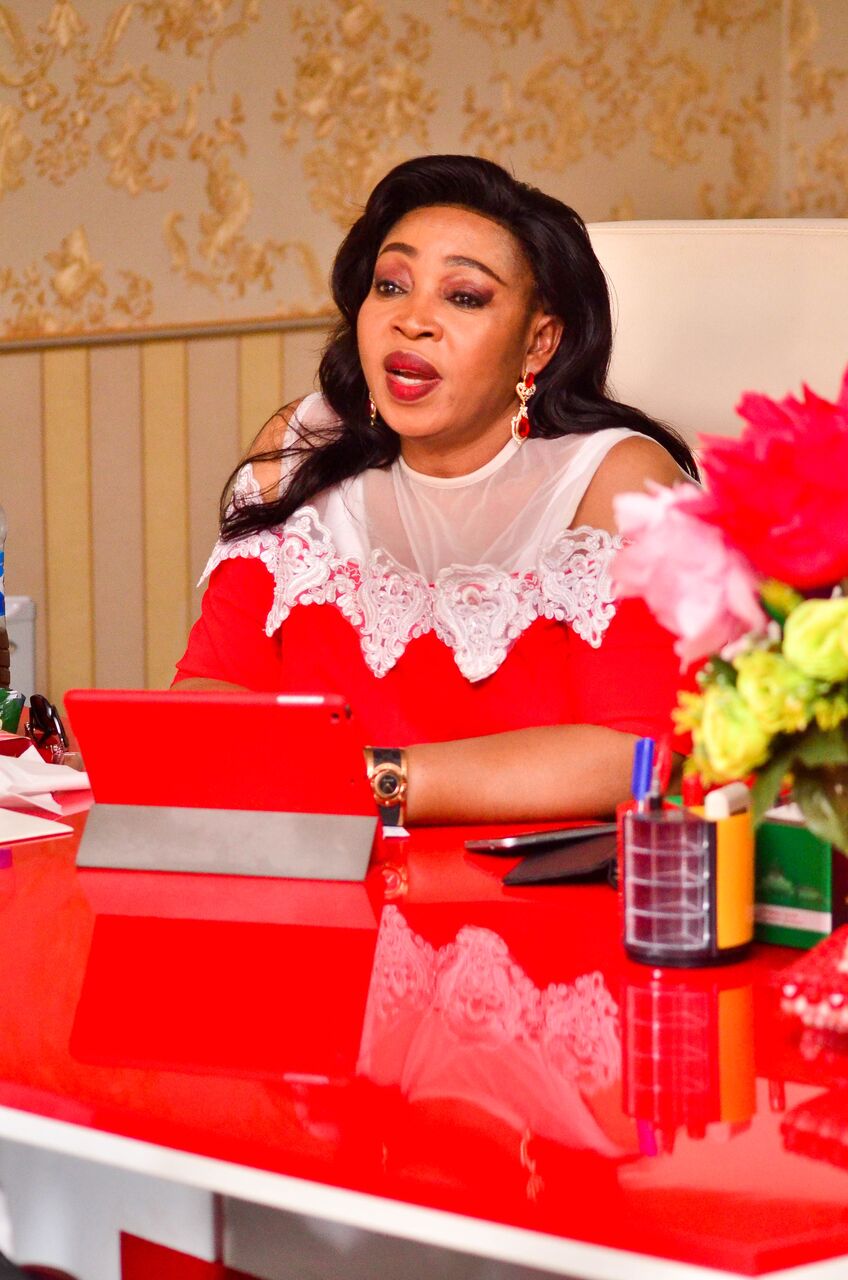 Most pet projects of the First Ladies die after the leave office, what has sustained the Widow Care Foundation this far after several years of leaving office as a First Lady?

It is passion. I have always been passionate about the less privilege. When I was an undergraduate, I met a woman who lost nine of her children and she had cried so hard that she became blind. I was drawn to her and became her friend. I have always been drawn to widows from a young age, it was a passion I grew up with. When the Widow Care foundation was launched, I can still remember Mrs. Babaginda, the then first Lady of Nigeria and also the wife of the Governor of Niger state were in attendance. These women did not belief that I lived in Abakaliki. I have always been drawn to the rural people and their plights. My first job as a graduate was teaching and I as soon as I got my pay for the month, I always shared with the needy in my immediate community. When I started making money, I developed the NGO and registered the Widow Care Foundation. When I entered office, it was an opportunity to expand the reach of the foundation.

So Widow Care was birthed before you assumed office, we were thinking it was your pet project in office?

My pet project in office was “Hope for the Child” but I couldn’t sustain it because it wasn’t my passion. Actually, I wanted to continue with Mrs. Babangida’s “Better Life for rural women’’ but somehow the Widow Care stood the test of time because I have always been passionate about widows.

What were your contributions to the socioeconomic development of Ebonyi state?

In the areas of empowering women, I was able to accomplish things together with the wives of the local government chairmen. I have always been enterprising. Some of the wives of local government chairmen who took the program seriously are doing very well for themselves now. I also started what is called the ‘’family law centre’’and I made sure it was passed by the Ebonyi State House of Assembly. Once you are a widow and anyone touches you, you run there. The bill has been sustained and is still functional today. I also got a land and started this school (referring to the venue of the interview). When I commissioned this school I had three of my colleagues who came around and they were surprised about it. Some people don’t know what to do after leaving office, and thus become depressed. People will always cheer you when you are in office but the moment you are out, they move on to the other person. So you need to plan ahead for life after office, and that I did by investing in businesses that has kept me busy.

As a busy female leader, how do you cope with family obligations?

It’s not easy. My son will always say ‘’mummy you are the only person who can do this’’. At 2 a.m I am awake to plan and I even cook sometimes. Even when you are not the one cooking, you still have to plan for it. With over 300 staff in my employ, I have a lot of coordination to do. But I’m coping, though it’s not easy. 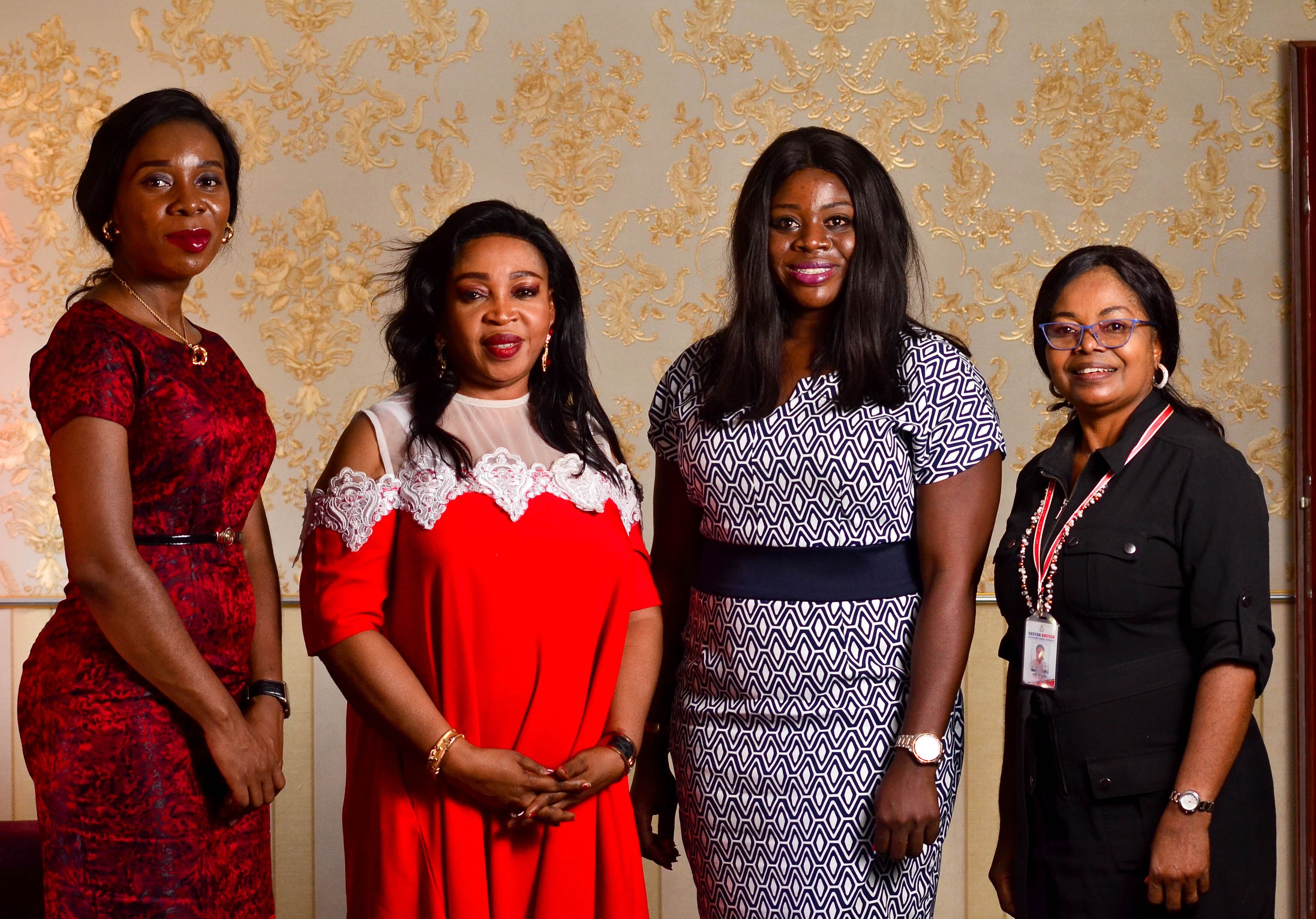 You were endorsed by the board of the CELD to be conferred with the ‘’Global Impact leadership Award”. How do you feel about it?

I was elated. The letter sent to me was a chronology of my activities. Sometimes other women take my ideas and get recognition without any reference to me. As one who has the fear of God, I wasn’t doing it for the recognition but then, it felt good to be recognized.

When we publish some of our readers might want to connect with you. Is there any formal medium on any of the social media channels?

We would like to thank you for your time and encourage you to keep doing what you do even when people like us are not there to cheer you on always.

Thank you for the recognition, it’s a pleasure. 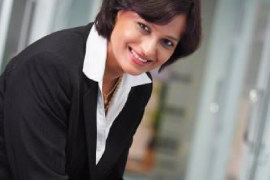 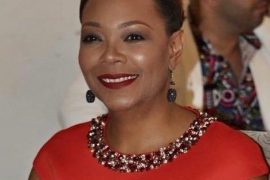 Standing Out in a Male Dominated Sector …Wadei Powell’s Story 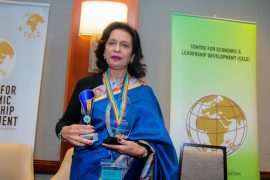