For almost 20 years, I’ve worked in technology — predominantly a male-dominated profession. My first job out of college entailed sitting in a tiny conference room with five dudes, coding for 80 hours a week. My career continued and I worked my way up to up to being the only female executive on the management team. Here are a few lessons I’ve learned along the way.

It is OK if they call you names. Show me any powerful woman and I guarantee there is at least one man out there that called her names. Why is it that male CEOs are “tough,” while tough women are called derogatory names? I’ll share a story I heard fifth-hand about Safra Katz, President of Oracle, and one of my personal heroes. Safra was counselling a woman that had just completed a 360-degree review process. The female executive had received negative anonymous feedback about her demeanour. Safra told the woman (and I am paraphrasing): “You do an amazing job. Who cares that some man out there thinks you are too tough.” Tina Fey, another personal hero, said she knew Amy Pohler was going to be a good friend when she heard Amy icily say, “I don’t care what you think,” to a male SNL colleague who chided her for not being feminine enough.

Being attractive is good; trading on your sexuality is bad. It’s a proven fact that attractive people (men AND women) have more advantages. Trying to look your best is good, but don’t take it to the next level. Be known for the value you bring to the organization, not your cleavage. I’ll give an example. A Fortune 500 company that I worked for hired a senior female executive that was known for her provocative outfits and office romances. No one ever talked about her business successes (even though there were many), only her figure. Save the tank tops and super miniskirts for the weekends. 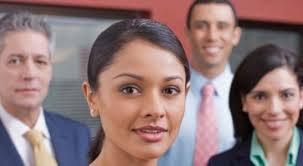 Work for a supportive boss. Find a manager that is supportive of women’s issues. Shockingly (and depressingly), it is usually not a woman. When it comes to bosses, I have run the gamut. I currently work for an extremely supportive boss — Josh James, CEO at Domo. It is the only way I have been able to maintain my sanity working the crazy hours of a startup with three small children at home.

Find a female mentor. I had a really horrible boss earlier in my career. He forced me to work during my unpaid maternity leave. He constantly made chauvinistic remarks: “Heather, I am so glad you joined this early call, I know how you ladies like to sleep in.” And, he paid me less than the men that worked for me. I was afraid to speak out. I wanted to advance in my career, not be the one that rocked the boat. If I had a strong female mentor in the company, I am convinced I would have stood up for my rights.

If you have ever watched an episode of Mad Men, you will know that the previous generation of women did not have a seat at the table (despite Peggy Olsen’s best efforts). My generation has a seat at the table, but it comes with strings attached. I’m hoping that the next generation does not have to have “rules” for working in a man’s world. But until then, I hope a few of these lessons are helpful. 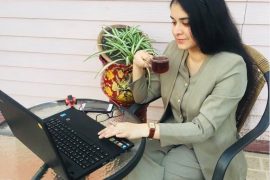 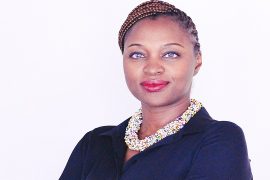