Proponents of this idea will quickly cite Africa’s richest man, Aliko Dangote to drive home their point. They opine that it would have been totally impossible for him to attain the feats he has, without the backings of his affluent background.

The story is even worse for women who are quickly judged and profiled wrongly when they attain some entrepreneurial success.

While it certainly holds a business advantage to be born or raised in some kind of affluence, it is not a criterion for attaining business success. There are several stories of how children of the wealthy squander their parents’ riches on frivolities, and at the end, go back to nothingness.  Yet, grass to grace stories abounds of young African entrepreneurs, who built from Scratch with no kind of financial support, except for their determination and resilience.

Faustina Sakyi, a successful cassava farmer in Ghana, was born into a poor family that had to live off the land by farming cassava tubers which were primarily used as food.

Now in her 40s, she has built an incredible business opportunity from cassava which she processes into gari – a very popular staple in West Africa. Her product is sold within and beyond the borders of Ghana, including Mali, Niger and Nigeria.

In her drive to make a different and brighter future for her kids, this mother of three set out to organize fellow women in her community who were unemployed and needed a sustainable source of income.

With over 30 women recruited on her team and a bank loan of 3,400 Ghana Cedis ($1,700), Faustina started her rural cassava processing business.

She used the loan capital to support these women to plant cassava on their land, while she bought the harvested cassava tubers from them. This ‘everybody wins’ model allowed Faustina to have a steady and loyal supply of cassava which she processed into garri while the women farmers earned a decent living for themselves.

Using modern cassava processing equipment, she purchased with the loan and cheap labour within her rural community, Faustina’s business produces nearly 20 tonnes of gari every week. The produced gari is packaged in 150-kilogram bags and sold at 90 Cedis ($50) per bag.

With a business that earns her nearly $100,000 every year, Faustina has fulfilled her dream of financial independence and can afford fees for the private school her children attend.

The quality of her products has won her several local and international awards and certifications that made her a highly sought-after cassava farmer and producer. She currently uses her amazing story and experience to inspire hundreds of rural women who can benefit from the enormous potentials of cassava production.

She currently sits on the steering committee of the Root and Tuber Improvement and Marketing program funded by the International Fund for Agricultural Development. Faustina still aspires to become the biggest and best Cassava processor in the whole of Ghana.

Are you one of those who think your gender or family background is a reasonable excuse not to start your own business? We hope Faustina’s incredible story is a jolt to reality and an inspiration to you. 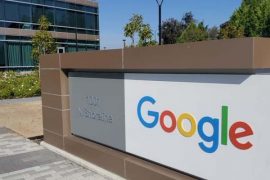 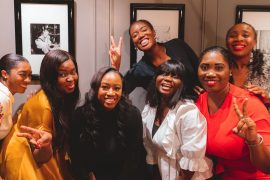