The academia is an area of endeavour which before now was sparsely delved into by women. However, some few notable women set the pace for the coming generations to follow by going the extra mile and achieving a number of academic milestones.

One of such women is Nigeria’s Madam Grace Alele-Williams, who was the first Nigerian woman to receive a doctorate degree.

Between 1963 and ’65, Alele-Williams was a post-doctoral research fellow, department (and institute) of Education, the University of Ibadan from where she was appointed a professor of mathematics at the University of Lagos in 1976. 1965 she joined the faculty at the University of Lagos where she worked until 1985, becoming the first female professor of mathematics education in 1974. During this time she also directed the Institute of Education where she introduced programs to benefit teachers. She participated in the African Mathematics Programme, based at the Educational Development Center of Newton, Massachusetts, whose goal was to consider changes in mathematics education in Africa

By serving in various committees and boards, Alele-Williams had made useful contributions in the development of education in Nigeria. She was chairman of the curriculum review committee, former Bendel State 1973-1979, and from 1979-1985, she served as chairman of the Lagos State Curriculum Review Committee and Lagos State Examinations Boards.

Alele-Williams, was also a member of the governing council, UNESCO Institute of Education, and a consultant to UNESCO and Institute of International Education Planning. For a decade (1963–73) she was a member of the African Mathematics Programme, located in Newton, Massachusetts, United States.

She was also vice-president of the World Organisation for Early Childhood Education and later president of the Nigerian chapter. Alele-Williams has published a book titled Modern Mathematics Handbook for Teachers. After serving as the Vice-Chancellor of the University of Benin, she joined the board of directors of Chevron-Texaco Nigeria. She is also on the board of HIP Asset Management Company Ltd, an Asset Management Company in Lagos, Nigeria.

In 1985 Alele-Williams became the first female Vice-Chancellor of an African university when she accepted that position at the University of Benin. As she stated in an interview in a 2004 interview:

“The excitement I felt on receiving the news from Professor Jubril Aminu (the then Minister of Education) had more to do with seeing it in terms of opening up the field for women than anything else. I saw it as an opportunity to show that women too could rise up to the occasion. Also, I knew what the weight of the expectations of the women was. They were eager to see how things would go and I was not going to let them down. Mind you, those who appointed me felt I was qualified for it; so it was not just a case of wanting to satisfy the yearnings of the womenfolk. It wasn’t that simplistic.”

She remained as Vice-Chancellor until 1991. But as she remarked at a March 2004 talk on Gender Dignity at Lagos State University:

Alele-Williams has served as a member of the African Mathematical Union Commission on Women in Mathematics in Africa and as Vice-President of the Third World Organization for Women in Science. In 1987 she received the Order of the Niger, and in 1994 gave the Distinguished Annual Lecture at the National Institute for Policy and Strategic Studies, Kuru. She has been elected as a Fellow of the Mathematical Association of Nigeria and the Nigerian Academy of Education.

Professor Alele-Williams has won many awards, she was the first Nigerian woman to receive a doctorate degree. Among her honours include Order of the Niger 1987, Fellow of the Mathematical Association of Nigeria and of the Nigerian Academy of Education; Merit Award Winner of Bendel State in Nigeria; and Regional Vice President for Africa of the Third World Organization for Women in Science” (Science in Africa: Women Leading from Strength AAAS, Washington, 1993.

Professor Grace Alele Williams was married to late Professor Babatunde Williams and they are blessed with five children and nine grandchildren. 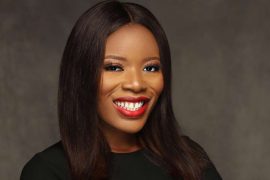 Shaping the Narrative One Story at A Time 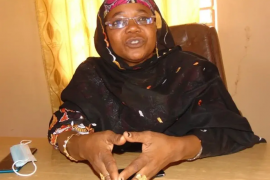 Prof Aishatu Madawaki: The Academic-Politician Who Advocates for Gender Equality