If you are attentive to the daily life happenings in society, you will likely observe that people are always left in awe and amazement whenever a person puts to work their human creative skills and imagination. No doubt, humans possess limitless creative potentials, which when sufficiently harnessed can proffer solution to the day to day issues they encounter. On the other hand, life problems will continue to linger until the solutions to life issues become clearer to the younger generation.

Today, under the Arts and Academia category of Amazons Watch Magazine we will be examining a heroine who perceived the power of creativity as a problem-solving technique. The tale of Magda Mostafa continues to serve as a source of inspiration to all those whose motive for being successful is to provide solutions to the perturbing issues of life. Magda Mostafa was born and raised in Canada and later came to reside in Egypt where she received her B.Sc, MSc. and a PhD in architecture from Cairo University.

A careful examination of Magda Mostafa’s life will reveal that every step or action she made about life was very intentional. Since Magda was passionate about architecture, her doctoral dissertation studies centred on architectural design for children with special needs and sensory dysfunctions, with a focus on autism; this was to assist her to have a full grasp on how she could fulfil her aspiration of assisting children with autism.

For Madga, she always put her best foot first whenever she encountered challenges and had stained her hands with the practice of ensuring that every problem she faced recorded its last. It was this dogged attitude that helped her create the first set of architectural design guidelines worldwide for individuals with autism.

Her ground-breaking index outlines seven architectural design criteria that allow individuals with autism to focus better and improve their skills. Mostafa’s guidelines have already been applied to the design of schools like the Advance School for Developing Skills of Special Needs Children in Katameya, Cairo and are currently planned to be incorporated in the design of educational facilities in India and Canada.

As an architect, most of her designs elaborately showcased the social responsibility of the country so much so that her designs are referred to as socially responsible designs. Madga Mostafa’s definition of Architecture was quite different from the norm as she believed architecture to mean the conscious negotiation between an intent or activity carried out within a socio-cultural and physical context. Everyone who attempted to view architecture through the eyes of this great female architect will understand that the core function of architecture is to serve society.

Being in her own space and ensuring she made a significant impact with all she knew how to do; won her some accolades. For her contribution to special needs, she was nominated for the 2005 UNESCO Prize for Research and Training in Special Needs Education for Children. Being active in the Architectural Competitions commission of Union of International Architects, in 2008 she was successfully nominated as President of the Union of International Architects’ International Student Competition Jury. She also sat as the UIA Representative to the Jury for the Lebanese Ministry of Culture’s “House of Arts and Culture” Design Competition, prepared by GAIA-Heritage, held in Beirut in 2009.

Her accomplishment was seen more in the strategic approach which she adopted to raise upcoming youth who will easily follow her footsteps through to a successful path.  To enable her to achieve this goal, Magda Mostafa published in the field of Architectural Education her award-winning paper “Thinking Outside the Box- Addressing and Enhancing Visual/Spatial and Active Learning Skills in Architectural Education”, which was granted the International Award for Excellence in the Design Field in 2008. She presented this paper and conducted a plenary session at the Design Principles and Practice Conference, held in Berlin in February 2009.

Being the only female Egyptian architect on a list of 50 most Influential architects in the Middle East and North Africa, it is no exaggeration that this top-notch female architect had crossed all limiting factor known to her field. Magda Mostafa had mastered the act of using her skills as a weapon for tackling difficult situations. 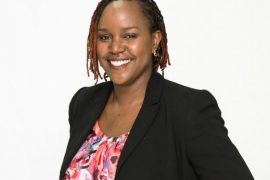 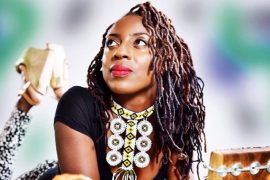 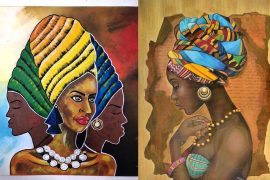