Dr Gloria Bonder is the Director of the Department of Gender, Society and Policies of the Latin American Postgraduate Institute of Social Sciences (FLACSO Argentina). She coordinates two regional programmes including the UNESCO Regional Chair on Women, Science and Technology in Latin America and the e-learning master’s programme on Gender, Society and Public Policies.

Bonder is the coordinator of the Global Network of UNESCO Chairs on Gender. Since 2014, she has coordinated the region’s activities in the global GenderInSITE programme, through her role as the UNESCO Regional Chair. The programme aims to influence policies and policymakers in science, technology, innovation and engineering, to integrate gender equality principles and goals. 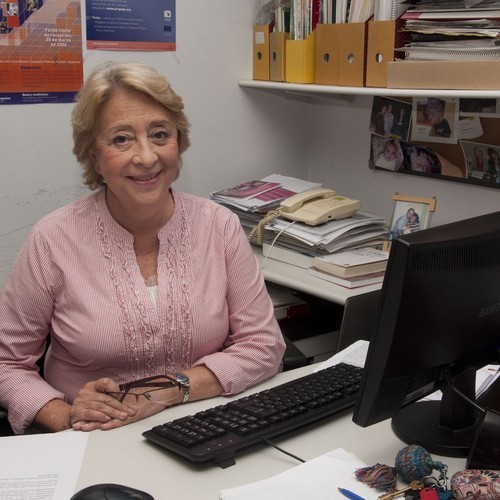 She is a member of the advisory board of UN Women for Latin America and the Caribbean and WISAT (Women in Global Science and Technology).

Prof. Bonder was distinguished by UNESCO as one of the 60 women worldwide who has helped accomplish the organization’s goals throughout the 60 years of its existence, representing the voices, aspirations, and visions of many women around the world.

In 2015 she was elected member of the ITU/UNESCO Broadband Commission for Digital Development.