Mrs Al Gurg is the Managing Director of the Easa Saleh Al Gurg Group LLC (ESAG), as well as a well-known businesswoman in the Middle East region. She has achieved laurels for her stellar leadership of the group under the tutelage of her father, the Chairman, H.E. Easa Saleh Al Gurg, KCVO, CBE. Her counsel and valuable insights have significantly contributed to the growth and expansion of ESAG.

A leading businesswoman in her own right, Mrs Al Gurg has carved a unique niche for herself in the region due to her support and encouragement of Arab women entrepreneurs.  She is the President of Dubai Business Women Council, Deputy Chairperson of the Board of Directors, Dubai Healthcare City Authority, Board member of the Dubai Chamber Of Commerce & Industry (DCCI), Dubai Women’s Association. Mrs Al Gurg is the first Emirati woman on the board of HSBC Bank Middle East Limited and is also on the advisory board of Coutts Bank, the wealth division of the Royal Bank of Scotland Group. She is the Head of the Auditing Committee at the Federal Customs Authority and a Board member.  She is also a member of the Board of Governors of the Hamdan Bin Mohammed Smart University. Mrs Raja Al Gurg is also the Chairperson of the Board of Directors of the Al Jalila Foundation, a non-profit organisation whose mandate is to promote the UAE as a centre of excellence for medical research and education. She holds memberships at the Dubai Economic Council, Arab International Women’s Forum, National Advisory Council and College of Business Sciences. 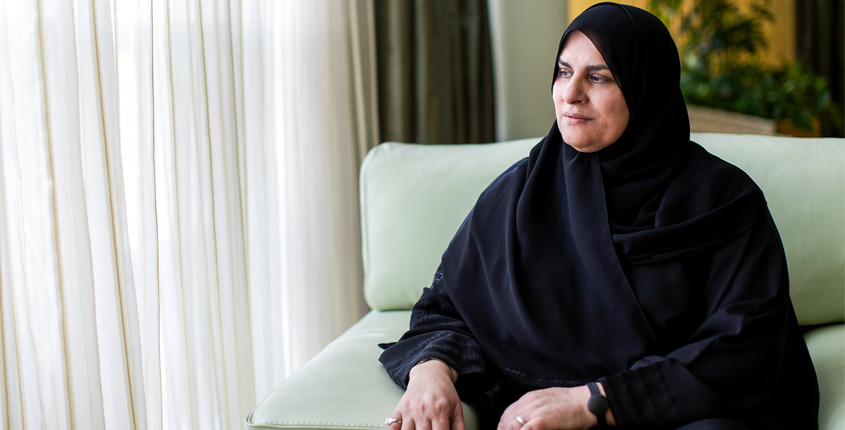 Mrs Al Gurg was listed among ‘The World’s 100 Most Powerful Women’ for 2015 by Forbes and was also first in the Forbes Middle East’s ranking of ‘The 200 Most Powerful Arab Women’ for 2014 and was also on the Forbes Middle East List of ‘The Most Influential Arab Women in Family Business’ in 2013. She is ranked fifth in the list of the‘100 Most Powerful Arab Women 2012’ compiled by CEO Middle East; was ranked among the top 100 – 58th place in the list of the world’s most influential Arabs in the Arabian Business 2012 Power 500 listing. Forbes International also listed her as the 4th most powerful Arab businesswoman in 2006.  She has earned several other plaudits and awards in recent years. These include the Stevie Award for Women in Business in 2011 and the ‘World of Difference Award’ from the International Alliance for Women (TIAW) in 2009. Mrs Al Gurg was also selected as the figure of the month, ‘The Mother of Pearl amongst Businesswomen’ by the Al Waref Institute for Humanitarian Studies in Washington in 2010.

Mrs Al Gurg represents the U.A.E. at many international conferences and round-tables as a key-note speaker and is also part of the Government of Dubai’s official delegation for various trade and commerce meetings. She also hosted the first MENA Businesswomen’s Network Forum, in her capacity as the President of the Dubai Business Women Council.