“The fastest way to change society is to mobilize the women of the world.”

Research has shown that societies, where women are given equal opportunities with men, have fewer child deaths, fewer conflicts, and better public services and health. This is just to mention that female leaders are doing notable things all over the world. Also, the news and stories of women making big waves around the world have continued to be on the rise.

In West Africa, Aida Diarra, is calling the shots at VISA Africa, overseeing 48 business operations and still moving up the ladder. With 25 years career in strategy development and implementation, business development and operational management, Diarra is a woman of substance who qualifies to be called a continental leader. With her passion for financial technology and a champion for diversity, she serves as a leading voice in Africa’s finance industry.

Diarra was born in Dakar, the capital city of Senegal to a Malian father and a Nigerien Mother. Her Malian father was a professor at the University of Abidjan and her mother was a diplomat at the United Nations Economic Commission for Africa. Born to well-learned parents, they pushed her to be determined and pursue her ambition. So, beginning from her early days Diarra knew she had no excuse not to succeed in her studies and do great exploits in life.

Following the nature of her parents’ job, Diarra lived in several countries, including Senegal, Ivory Coast and Ethiopia, to mention a few. She had her high school education in Ethiopia and then went off to France to further her studies. She obtained a Diploma in Finance and Economics from the American Business School, Paris. She soon proceeds to the University of Hartford in Connecticut, where she obtained an MBA in Management and International Business.

Diarra started as an entrepreneur at the age of 25, she set up her first business with a Malian partner – Electro Ink Jet, an import-export company of telecoms equipment. Starting up this business made her very connected to Africa, unfortunately, the business failed and both partners had to go their separate ways.

Prior to joining Visa, Diarra worked with the Western Union where she started as deputy marketing manager in charge of flows development in the direction of Africa, in 1999. She was soon promoted to the position of marketing manager for Africa. In 2004, she settled down in Casablanca, managing three offices; Casablanca, Lagos and Johannesburg and generating a turnover for several hundred million euros (in 2013, accumulated income Africa and the Middle East reached 640 million euros).

She was also promoted to the position of Managing Director of Western Union and its Regional Vice President for Africa. She held the positions for more than four years.

Diarra joined VISA in November 2018, as Senior Vice President and Group Country Manager for Visa SSA. She has under her jurisdiction, all Visa operations in forty-eight markets across Sub-Saharan Africa. As part of Visa CEMEA’s regional management team, she also represents Sub-Saharan Africa within the regional and global Visa network, ensuring that best practice from other markets can be offered to the regional payment ecosystem.

In recognizing her impeccable leadership, Diarra was named among the Inaugural List of 100 Most Influential African Women by Avance Media in 2019.

Diarra is a highly experienced executive in the financial services and digital financial industry and is well versed in growing business and operations across the African continent. Over the years, she has proven her outstanding leadership strength in different positions.

However, there are many Aida Diarras out there who lack the knowledge of their potentials or the means to express it. In the words of Hillary Clinton, “women are the largest untapped reservoir of talent in the world.”

All over the world, women are endowed with strength and greatness to pursue their dreams and impact their societies, it takes a good and visionary parent, family, school teacher, society and government to grant them the possibility of maximizing their potentials.

In efforts to contribute to the global pursuits of raising women high in all region and localities, this week Amazons Watch Magazine, places the spotlight on the giant strides of Mrs. Aida Diarra, the current Visa Senior Vice President for Sub-Saharan Africa, to encourage and inspire all women, especially those in Africa that the sky can be attained. 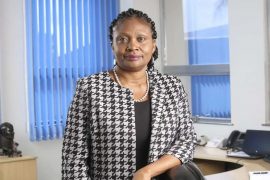 Rita Kavashe: Breaking Status Quo In the World of Automobiles 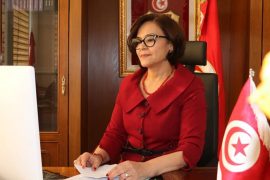 Tunisia Improves On Approach To Digital Access For Female Entrepreneurs 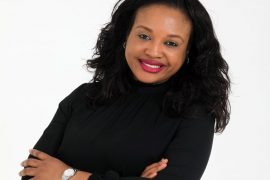