Entrepreneurial activities go beyond handcraft as it cuts across ideas birthed from the desire to meet a need, and solve a problem in the society. This was what prompted the setup of SECURICO Zimbabwe which was founded by Divine Ndhlukula. Here is her very inspiring startup story.

Founder and Managing Director of Zimbabwe’s first ISO certified Security Company SECURICO; Divine Ndhlukula has risen above all odds of life to make her company a success.

Divine Ndhlukula founded SECURICO Security Services from humble beginnings in Zimbabwe in 1998. She identified a need in the market for a quality-oriented security company and she has driven SECURICO to become the market leader in Zimbabwe. She has tackled a previously male-dominated industry head-on and her business success story is nothing short of remarkable – marking her as one of Africa’s most tenacious and inspiring women entrepreneurs.

From a young age, Divine had always told herself and everyone around her that she would be an entrepreneur and run her own large business in the future. This was driven by her recognition of the need to create a decent and secure livelihood for her family. Her quest to start and run her own business stayed with her throughout her formative years when she was studying and working to build her career.  She set out to learn all the critical elements needed to run a successful business, undertaking various development programmes along the way, enrolling on an Entrepreneurial Development Programme in 1995. At the same time, she started researching and tracking various entrepreneurial opportunities in the local marketplace, eventually in 1998 seeing a potential business opportunity in the security services sector. Divine had identified what she saw as glaring service delivery and professionalism gaps in the private security sector, inspiring her to create and build a new type of Security Company with a difference. She was also motivated by a desire to empower previously disadvantaged women in Zimbabwe who were not able to access opportunities for formal employment, recognizing that the security sector had the potential to be a large-scale employer.

The company is presently a leader in the provision of bespoke guarding services and cutting-edge electronic security solutions. While setting up her business in the male-dominated industry was no cakewalk for Divine, she has taken her company within 15 years to the highs she dreamt of. The $13 million (revenues) company presently has more than 3,400 employees – 900 out of which are women. Having won several accolades for the entrepreneurship, her company was awarded the prestigious Legatum Africa Awards for Entrepreneurship last year. With numerous educational degrees and profound work experience from her past jobs, Divine has established an empire of security services that now gives a tough competition to Security giants like Midsec and Fawcett. “Our vision as SECURICO is that we become a leading security organization in the Southern African Development Community region and continue to grow at the targeted rates and make our company a truly international business” says Divine.

Divine has an Executive Masters in Business Admin from Midlands State University and an MBA from Women’s University in Africa which was conferred in recognition of her business leadership and gender equality initiatives. She also holds Accounting and Marketing Management diplomas. She has done several executive development programs among others: Success Motivation International – Dynamics of Successful Management; Empretec Entrepreneurial Development Program; Strategic Business Management by AF International in Sweden, Millennium Training Program for Directors by International Finance Corp (IFC)

Her leadership excellence has been recognized by the corporate fraternity as evidenced by the numerous business accolades she has won, among others Empretec Entrepreneur of the Year 2001 and Empretec Entrepreneur of Decade (Services Sector) 2002; Manager of the year 2005 for Zim Institute of Management; Celebrate a Sister Business award 2006; Institute of Directors Zimbabwe Director of the Year (SMEs) 2008; Institute of Directors Overall Director of the Year(Run Up) 2009; Zimbabwe Women Filmmakers/UNIFEM Business Award 2010. Her company has won several awards such as- National Quality Awards Company of the Year 2011, Zimbabwe’s 7th Best Employers 2010 and won the Africa Awards for Entrepreneurship 2011 Grand Prize run by Legatum and Omidyar.

Divine has a GREAT passion for women’s economic and social empowerment and involves herself in a number of women organizations. She is a role model who has been encouraging women and young people to become entrepreneurs. Through her conscious and deliberate efforts, women are now accepted in the security sector with her company employing more than 900 women, arguably the largest employer of women in Zimbabwe outside civil service. 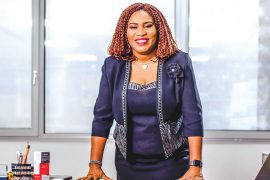 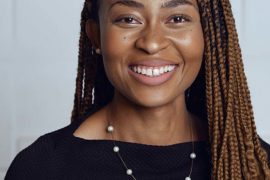