In the spring of 2018, Chinese diplomats strong-armed United Nations bureaucrats into blocking a prominent ethnic Uighur activist from entering U.N. headquarters on unsubstantiated charges of terrorism, but Kelley Eckels Currie wasn’t having it.

Currie, then a senior appointee at the United Nations under U.S. President Donald Trump, tracked down the activist, Dolkun Isa, marched him to the U.N. entrance, and demanded he be allowed into the building for a conference on indigenous peoples. When U.N. security still barred his entry, Currie got Nikki Haley, the U.S. ambassador to the United Nations at the time, to take her case directly to U.N. Secretary-General António Guterres, who granted Isa a grounds pass for the day.

“If Mr. Isa were in fact an actual terrorist … do you seriously think we would be inviting him into this country and giving him free rein to travel about?” she would later tell a gathering of former diplomats, including one from China. “Give me a break!”

Currie’s uncompromising stand didn’t surprise those who know her well. The Georgia-born diplomat has built a reputation as a fierce, and principled, critic of human rights abusers, goading China’s diplomats and confronting Myanmar’s generals for committing mass atrocities against their country’s Rohingya Muslim minority. Currie, who served as U.S. representative to the United Nations for economic and social affairs until Feb. 15, earned respect from colleagues and career diplomats for her grit and tough advocacy of U.S. interests. They paint a profile of Currie as a feisty diplomatic brawler unafraid to take principled stands.

But there’s another side to Currie: the agile political player who has found it necessary to align with the Trump administration’s decidedly conservative approach to women’s rights, especially on gender and sexual health issues. And now, her pending nomination as the U.S. ambassador-at-large for global women’s issues presents her with the toughest test yet of her reputation as a rights crusader: Can she apply the same fervor she has challenging Asia’s autocrats to championing the rights of women on behalf of a president who has often demeaned them and has largely handed over policymaking to evangelical Christians striving to curtail sexual and reproductive rights and women’s health services?

Those who have worked with Currie characterized her as conflicted: a passionate diplomat who wants to do what she believes is right but is also all too aware of the political constraints in an administration characterized by broken decision-making structures and volatile backroom power struggles.

Currie’s background spans the public and nonprofit sector. Educated at the University of Georgia and the Georgetown University Law Center, where she received her law degree, Currie served as a policy advisor to Rep. John Porter, an Illinois Republican, from 1995 to 1999, when she also worked concurrently on the Congressional Human Rights Caucus. During the George W. Bush administration, Currie was a policy advisor on Asia for Undersecretary of State for Democracy and Global Affairs Paula Dobriansky. She has also worked as a senior advisor to the International Committee of the Red Cross, as the director of government relations at the International Campaign for Tibet, and as the deputy director for Asia at the International Republican Institute.

But it was during a stint as a senior fellow at the Project 2049 Institute, a think tank focused on Asia, that Currie found her voice as a sharp critic of Beijing, writing frequent opinion pieces denouncing the Obama administration for failing to confront Hu Jintao’s “lawless Chinese regime” for widening a crackdown on dissidents, journalists, and other independent voices.

On one hand, Currie’s admirers include notables from the other side of the aisle, such as Melanne Verveer, a close associate of former Secretary of State Hillary Clinton who was the first-ever ambassador-at-large for global women’s issues under President Barack Obama and now heads Georgetown University’s Institute for Women, Peace, and Security. “She has been deeply committed to human rights,” Verveer said. “She tried to create consensus and worked on humanitarian issues and other issues in a way that was useful.”

But detractors dismiss Currie as a faithful foot soldier in the Trump administration’s efforts to roll back human rights protections at the U.N., defending its decision to withdraw from the Human Rights Council and its support of initiatives backed by conservative religious groups.

“She was the Trump administration’s mouthpiece for regressive policies; she was instrumental in the U.S. government decision to weaken the [U.N.] Human Rights Council,” said Shannon Kowalski, the director of advocacy and policy for the International Women’s Health Coalition. “She represented the U.S. position faithfully when it came to sexual reproductive health and rights, and opposed references to reproductive health or sexual rights in U.N. resolutions.” 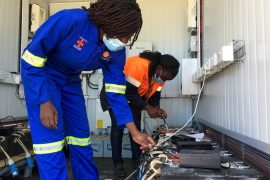 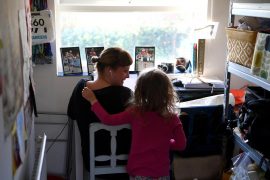 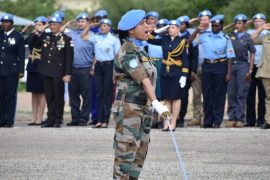