Women across developing countries have over the years been demonstrating strong leadership in positioning their countries on the path of democracy, good governance, peace and security, infrastructural development, as well as economic growth and prosperity. It is fascinating that women are today breaking “glass ceilings” to rise to the topmost echelon of power in developing countries with a long history of female subjugation, civil conflicts, insecurity and military despotism. 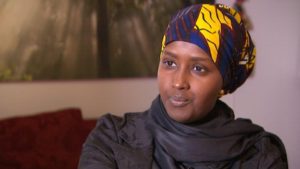 Since Fadumon Dayib declared her ambitions in September 2014 to run for the presidency of Somalia, she has positioned herself as a beacon of hope in the country, long protracted by civil conflict and insecurity occasioned by the terror group, al-Shabab.

Needless to say, Somalia is gradually recovering ad rebuilding after 25 years of violence, though it is still battling with the threat of insecurity. Somalia is due to elect a new parliament, whose members will in turn pick the president in an election process which would begin by September 24 and end on October 30 with aims to consolidate a federal structure, which includes recently created regional states in a nation where politics is still largely driven by clan loyalties.

Dayib is the only female candidate among the 7 candidates, including the incumbent President Hassan Sheikh Mohamud, who is seeking a second-term in office. The mother of 4 who has become the country’s first female presidential candidate was born in Kenya by Somali parents. As a child, her family was deported back to Somalia, but when civil war broke out shortly thereafter, they were forced to leave again, ending up in Finland. Dayib didn’t learn to read and write until the age of 14, but went on to earn Masters degrees in health care and public health. She has thus experienced first-hand the effect of civil wars on the lives of women and children. It was through her work with the United Nations that the 43-year old woman realized she wanted to do more to help the people of Somalia.

Relatedly, it is pertinent to note that Dayib is coming at a critical period, similar to the history of Liberia, when President Ellen Johnson Sirleaf, assumed office as President of Liberia, becoming Africa’s first female President. President Sirleaf was elected in 2005 for a 6-year presidential term to provide leadership, vision, and help restore hope to a people devastated by nearly 2 decades of destruction of lives and property. In 2011, she was re-elected for another term, having been able to laudably engender and foster peace and security in Liberia, spurring economic growth and development, as well as infrastructural development.

In the same vein, after years of crisis and political violence, it was Catherine Samba-Panza, the first female President of the Central African Republic, who as an interim president led the transition of the country to democratic governance in 2016, which was sine qua non towards the end of the political crisis in the country.

Bearing this in mind, the world can bet on the resilience, strength, ingenuity, and strong leadership ability of Fadumon Dayib, being an African woman, to lead Somalia out of years of civil conflict towards a path of sustainable and inclusive growth and development, as well as peace and security.

In an interview with DW, Mrs. Dayib talked about the difficulties she faces in trying to realize her ambition to become president, especially as a woman in a traditional male-dominated society. She also talked about her strong political leadership, the social change she will drive in Somalia, as well as other reasons why you can bet on her. Excerpt:

Why are you motivated to run for the presidency?

I’m motivated to run for the presidency because I believe it’s a moral obligation and a civic duty to us to prevent further bloodshed in Somalia. We have watched on the side-lines for more than 25 years and it is imperative that we step forward and take up this responsibility. The current and previous leaderships have failed us; we must take matters in to our hands and that is why I’m running for presidency because I have capabilities, skills and motivation.

How confident are you in securing support from Somalia, a country that is not so keen on supporting women aiming for higher positions?

This is a global phenomenon. It’s not only exclusive to Somalia. This is a male dominated society, but, nonetheless, there is a new generation that believes that gender of the person doesn’t matter. What matters is what they can bring on the table, their competencies and their leadership skills rather than their gender. Yes, there is that challenge but we will make sure that is tackled so that women are not kept from running for public office. But I’m very confident of Somalis’ support because they have reached a stage whereby they want a peaceful living, a capable leadership in place and their children having access to quality education.

You have received a series of death threats since you made the announcement. What’s your reaction to that?

I see this as something very strange but it also means that I must be doing the right thing for people to feel threatened and for them to threaten my life to say that ‘we will kill you’ if you step forward. They must have acknowledged what I can bring to the country. They see a capable leadership in me, a visionary leader, a servant leader. This is not what they have been used to and it scares them because the moment I come into office they know that their existence will be threatened.

The European Union (EU) is planning to pull back some of its support for the government. What do you think of this decision?

I think this decision probably comes because of increase of terror and violence in Somalia. The EU is looking at what it has been paying and the results that it is receiving. I think there is a valid reason for them to cut funding and I would advise the African Union (AU) to really revisit their strategy in Somalia. It’s time for them to empower our national armed forces, to strengthen our security sector so that we can take the lead and so that way the resistance will be lessened.

Let’s say that your dream to be president becomes true this year, what will you do first to turn around the security situation in the country?

If we are going to elect a new leadership this year using the 4.5 tribal power sharing system [the top clan leaders elect a president] then I’m not going to give it legitimacy by running for presidency. This is because it is a system that segregates the majority of Somalis. This is the system that is actually causing insecurity in Somalia. It is feeding terror inside the country. Whoever becomes president in Somalia through the 4.5 clan system is a highly incompetent and corrupt person. It’s a person who has paid his way to get there.

As to the issue of tackling insecurity in Somalia; if I’m elected, the first thing I will do is to invite them [al-Shabab] to the table. This strategy of fighting them hasn’t worked in Somalia because they address social and economic issues. They [al-Shabab] talk about the lack of quality education, the corrupt leadership; they do things that majority of Somalis would like to see addressed and which they feel helpless to do.

You sound like a courageous and brave woman; who inspires you?

I have been always inspired by my mother. I am where I am today because of her even though she died in 1995. She continues to inspire me although she has been dead for quite some time. 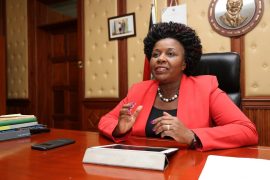 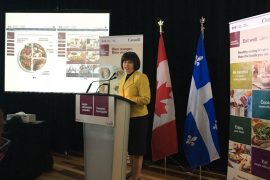 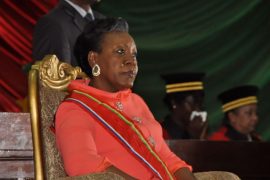