Working her way through the ranks of her family owned retail store, Magazine Luiza, Luiza Helena Trajano transformed the company from a retail store in Franca Sao Paulo, into one of Brazil’s leading retailers, now operating over 731 stores across 16 states in the country. Trajano has in the last decade, retained her place as one of Brazil’s leading women entrepreneurs, building and operating a multi-billion – dollar cooperation.

In an interview with Amazons Watch Magazine, Trajano leads us into the world of successful women entrepreneurs and shares with us her watchword in business – ETHICS.

When I reached leadership positions in the network my uncles founded in the late 1980s, the situation was completely different from today, but what always remains is ethics and the need to put people first.

On Innovation and Evolving with the times, she says: do not separate the physical from the digital.

I believe it was the understanding that one should not separate the physical from the digital, but integrate the two. Digital is a culture, and we invested a lot in people so that the whole team understood the meaning of it and how it should act in this new reality.

Precisely, with this integration, and transformation of the store as a place of experience, integrated with the digital as support for e-commerce. We must always be alert to new changes.

AWM: According to the 2014 International Finance Corporation (IFC) report, Women often bear the brunt of poverty and limited access to economic opportunities, due to unfavorable access to financing. As an experienced business leader and successful entrepreneur, what can be done to improve women’s access to finance?

Tajano: I believe this scenario has changed a bit in the last six years. Although access to finance is much more difficult for women, some measures have been taken, but impacted by the economic crisis of this period in the country. We need to promote inventive public policies for female entrepreneurship and facilitate and privilege women’s access to funding from public institutions.

AWM: Challenges of Women Entrepreneurship: What are those sentiments that derail the efforts of women in the investment circle?

Tajano: It is the result of a predominant sexist culture and paradigms that established that women should not occupy leadership positions. Breaking this cycle requires quotas in publicly traded companies for women’s participation on boards. Quota is a transitory process to reduce inequalities. This is one of the steps, but many policies to encourage female entrepreneurship should be taken, as women are increasingly the decision-making center of the family in any purchase or investment.

Her Action on Violence Against Women:

AWM:In 2018, your reaction to the murder of Denise Neves dos Anjos a staff of Magazine Luiza, and her husband led to a well-attended protest. What is the drive that keeps you going?

Tajano: It was not a protest, but a concrete action to prevent further cases of femicide within Magazine Luiza, with internal reporting channels in cases of violence against women and full assistance to victims. The program was so successful that we set out to encourage other companies to do the same, going over the formula we adopted. This sharing is being a success, and dozens of companies are making this system of welcoming victims possible.

AWM: The Brazilian Group Mulheres do Brasil (Women of Brazil Group) which you lead, today has over 40,000 women. What are the outstanding projects for this group and the successes registered so far?

Tajano: We have dozens of centers in cities all over Brazil and 17 Brazilian women residing abroad. These are not just monthly meetings, but we work intensively through various nuclei, with concrete actions for transformation in areas such as education, health, public policy, refugees, inclusion, racial equality, entrepreneurship, culture, combating violence against women and many others. others.

AWM: Winning many awards as a South American businesswoman comes with its challenges. How do you cope with these are what are the future projects and milestones?

Tajano: I believe winning a prize increases my responsibility to my country and the causes I advocate. My project for 2020 is to continue mobilizing civil society as much as we can so that together we can find a solution to the various causes we advocate.

I continue to work actively for the company, but in parallel I have been increasingly involved in philanthropy. 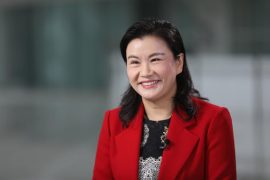 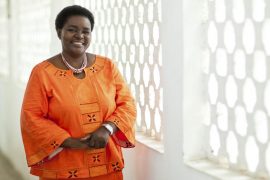 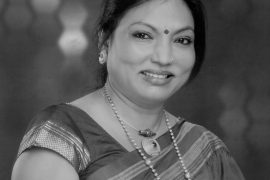 The Motivating Story Of A Skilled Entrepreneur